Welcome back to Performer Stuff’s new series that celebrates our playwrights! We feature an interview with a playwright who offers their work on PerformerStuff.com, asking them questions about their inspirations, their process, and the craft of playwriting. Our series continues with playwright Jonathan Dorf. (Find his monologues here!) 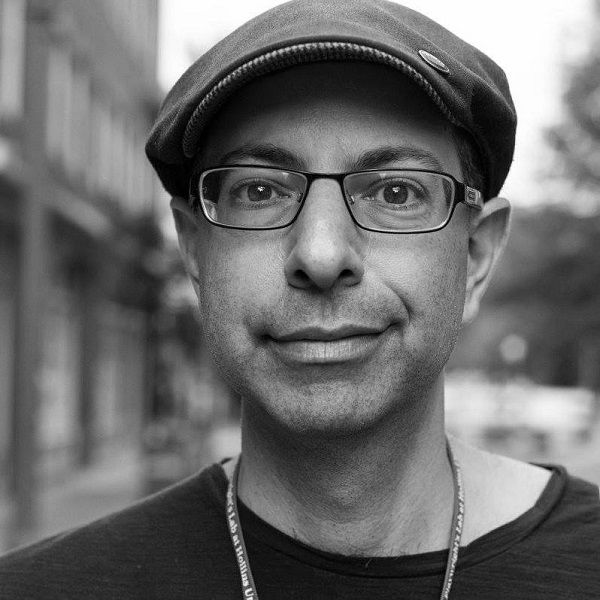 I’ve always enjoyed writing, starting with short stories in elementary school. I used to read constantly—luckily, we didn’t have the distraction of the internet at that time. Fast forward to the end of tenth grade, when somehow I had become editor of the high school newspaper. The newspaper advisor, a teacher named Tom Williams, was a great musician and a world-class poet. We became very close—in fact, he went on to become one of my best friends and collaborators. He encouraged me to write poetry and song lyrics, and he’d musicalize the lyrics. But Tom had also written plays, and during my junior year, he told me that I’d written everything else—why not try writing a play? So I did. It was a one-act called The Storm. Looking back on it, it was probably a bad Eugene O’Neill rip-off, but people seemed to like it at the time, and Tom encouraged one of the seniors in the drama program to direct it in the year-end one-act festival. It was supposedly the first student-written play produced at my high school. The next year I went on to write a bad Eugene Ionesco rip-off, and the rest, as they say, is history.

The biggest commonality in my work is probably structural these days. Ever since I was commissioned to write Dear Chuck, I became a big fan of vignette-style, episodically structured plays. That series of short, related scenes is easy for schools to rehearse—let’s be practical, right?—and allows for very flexible casting. It also allows a writer to tell a story in a less traditional way, though of course it’s not right for every play, and so plays of mine like Rumors of Polar Bears or The Locker Next 2 Mine don’t use it. In terms of other commonalities, while I don’t want to write the same play over and over, there are certain thematic concerns that repeat. For example, I have plays where characters are in search of (After Math, Dear Chuck) or seeking connection (Ben, 4 A.M.) or trying to find their place (Rumors of Polar Bears, Dear Chuck, Thank You for Flushing My Head in the Toilet and other rarely used expressions). But I’m a firm believer that plays come from character, and that themes should emerge organically from there.

It’s hard to pick a single play, as you are proud of them all (or most, anyway) for different reasons, but if I had to, it’s probably the full-length version of Rumors of Polar Bears. It began as a one-act (published by Playscripts), but my intention was always for it to be a full-length (now published by YouthPLAYS), told in three parts. It’s my most epic play, in that it spans weeks and hundreds of miles as it follows a handful of teen survivors of a climate event on their journey from California to Canada. On their way, they encounter a failing paradise, a trapped in time pre-kindergarten drama class, ruthless bikers and perhaps, peace. On the one hand, it’s a play that confronts large issues of our time—namely, our climate crisis—but it’s also a play about the nature of family and chasing our dreams. It was important to find that balance, and to let the larger scale issues emerge through the characters and their personal ones. Also, from a purely writing standpoint, it was a challenge to pick up writing the full-length several years after the one-act (Act I), and I’m proud of being able to find that world again.

You keep asking me to make hard choices! I think it would probably come down to Waiting for Godot and Angels in America, with many, many other plays I wish I could have written too. Godot and Angels are so different, which makes it nearly impossible to compare them—or choose between them. Godot was a game-changer in that it was a play where essentially “nothing happened,” with the characters completing yet another rotation in an endless circle, a tremendous departure for the form, but also tremendously poignant in its little moments of the lives of the characters, and what they say about all of us. On the other hand, Angels is this gloriously huge play that is unabashedly political and mixes fictional characters with historical ones and fantastical ones, incredibly moving at times and also extremely (and perhaps unexpectedly) funny at others. I probably lean slightly toward Angels, but it’s close.

Jonathan Dorf is a Los Angeles-based playwright, screenwriter, teacher and script consultant, whose plays have been produced in every US state, as well as in Canada, Central and South America, Europe, Asia, Africa, Australia and New Zealand. He is Co-Chair of the Alliance of Los Angeles Playwrights, Resident Playwriting Expert for The Writers Store and a longtime playwriting advisor to Final Draft, Inc. He directed the theatre program at The Haverford School and spent three years at Choate Rosemary Hall Summer Arts Conservatory as playwright-in-residence. A frequent guest artist at Thespian conferences and schools, he has served as Visiting Professor of Theatre in the MFA Playwriting and Children’s Literature programs at Hollins University, and as United States cultural envoy to Barbados. He holds a BA in Dramatic Writing and Literature from Harvard College and an MFA in Playwriting from UCLA. He is a member of The Dramatists Guild and the Philadelphia Dramatists Center (of which he is the former managing director), and his website is http://jonathandorf.com.