361
SHARES
ShareTweetSubscribe
Want More Good Stuff like this?
Sign up to receive emails with new articles when they're published!
× 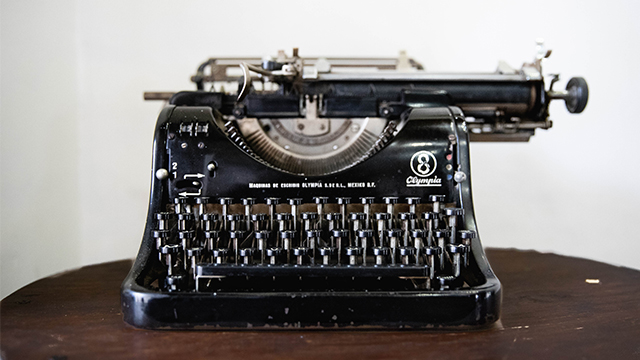 Riggs was ⅛ Cherokee, and wrote 21 full-length plays, several short stories, poems, and a television script over his lifetime. He wrote for the Wall Street Journal and sold books at Macy’s department store before traveling the country and landing back in New York. His most famous play, Green Grow the Lilacs, was adapted into the stage musical Oklahoma! in 1943.

Trivia: He was inducted into the Oklahoma Hall of Fame in 1943.

A playwright of Cherokee descent, Glancy is a heavily educated and accomplished writer with 3 degrees in English literature and writing. She has won over 9 awards for her work and specializes in all forms of writing: fiction, non-fiction, poetry, and drama. Her work concentrates on the Native American experience and the challenges and successes of Native American culture.

An Anishinaabe playwright, Northrup wrote a column that was syndicated through a number of Native American newspapers. It featured humorous political commentary and was called the Fond du Lac Follies. He was heavily involved with film and literature festivals during his life.

Trivia: His Anishinaabe name was “Chibenashi” — it means “Big little-bird”.

A playwright and film producer of Kiowa and Delaware descent, Geiogamah is widely considered to be the first successful Native American playwright in Hollywood. He studied journalism at the University of Oklahoma and later attended Indiana University Bloomington and would go on to work for Richard Nixon.

Two-Rivers was an Anishinaabe playwright who was also a poet and spoken-word performer. He was an activist for Native American rights from the 1970s until his death, and he fought for programs that gave Native peoples the ability to support themselves while also retaining their cultural heritage.

Trivia: He founded the Red Path Theater Company in Chicago.

A playwright and author of Chickasaw descent, Hogan first wrote in journals, but soon realized that the time she spent with her journal could be turned into time spent writing books and essays. Her work concentrates on the world of Native Americans, the environment, and indigenous spirits and culture.

Trivia: Also an environmentalist, Hogan volunteered for 8 years at a wildlife sanctuary.

A playwright of Assiniboine and Sioux descent, Yellow Robe studied performing arts and writing at the University of Montana. His work would go on to be performed at the Penumbra Theatre Company, The Public Theater, the Trinity Repertory Company, and the Smithsonian’s National Museum of the American Indian.

Trivia: In 1989, he was awarded the Princess Grace Foundation Theater Fellowship.

A member of the Choctaw Nation of Oklahoma, Howe is an author, playwright, scholar, and poet. She has taught classes across the globe and her plays have been produced in Los Angeles, New York City, New Mexico, Maine, Texas, and Colorado.

Trivia: She was the recipient of a United States Artists Fellow award in 2012.

Popular works: The Mascot Opera: A Minuet, Choctalking on Other Realities

A member of the Otoe-Missouria Tribe and Oklahoma and a Muscogee Creek, Arkeketa hosts professional workshops in poetry, playwrighting, and developing the creative process. Her plays have been published in anthologies and produced at regional theatres across America.

A member of the Rosebud Sioux Tribe of the Lakota People, FastHorse was a dancer first and writer later. She grew up in South Dakota and was forced into early retirement after a dance injury left her unable to perform. FastHorse worked at Universal Pictures before she found a position at Paramount Pictures, but would turn to writing and directing her own work later.

Trivia: She was a delegate in 2000 to the United Nations in Geneva, Switzerland. There, she spoke on how film can have an empowering impact on indigenous people.

Thumbnail: Photo by Y U C E L on Unsplash