348
SHARES
ShareTweetSubscribe
Want More Good Stuff like this?
Sign up to receive emails with new articles when they're published!
×

7 Classic Russian Playwrights You Should Know

Ever heard of Anton Chekhov? The guy who wrote The Cherry Tree, The Thunderstorm, and Three Sisters was joined by six more revolutionary playwrights and authors (who were, sometimes, literal revolutionaries). Check out our list below of the top 7 Russian playwrights, complete with basic info, trivia, and their most popular works you should familiarize yourself with. 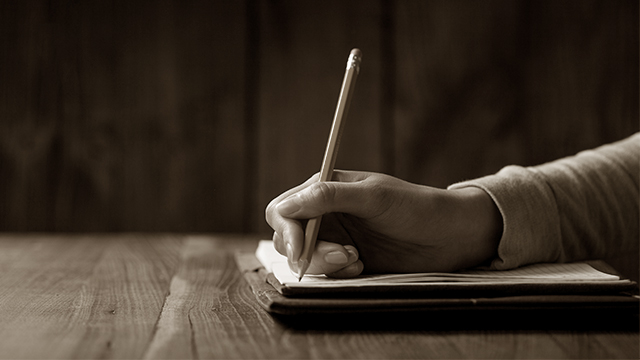 Pushkin was born to nobility in Russia, which allowed him to get a head start on reading and writing. As his writing matured, he became known as the main representative of romanticism in Russian literature, although his works contained Neoclassicism, Romanticism, and Realism at different periods of his literary career. He also largely influenced the Russian language by creating new words called “calques”, a word/phrase borrowed from another language with a literal word-for-word translation.

It’s often argued whether Gogol is a Ukrainian or Russian playwright. Gogol produced works that were influenced by his Ukrainian upbringing and folk tales. His writing encouraged a presentation of realism and the vulgar aspects of life, specializing in tales of human greed, stupidity, and politics.

Trivia: Gogol fell in love with Count Joseph Vielhorsky, the son of a government official who had introduced one of Gogol’s plays to the attention of Emperor Nicholas I.

Aleksey Tolstoy posed that art was a link between the earthly sphere of existence and a higher plane where ideas and deities dwelled, a highly romantic view of art and literature. His dramas focused on historical events in a trilogy that was inspired by Alexander Pushkin’s own drama, Boris Godunov.

Trivia: Aleksey Tolstoy is the second cousin of Leo Tolstoy.

Author of 47 original plays, Ostrovsky is widely considered to be one of the most influential Russian playwrights of the 19th century. He helped bring dramatic realism to the stage, a dramatic style that was furthered with Anton Chekhov’s work. Ostrovsky focused on the morals of the rising merchant class and wrote characters with specific dialects to help distinguish them from other characters.

Trivia: Ostrovsky spent most of his childhood in the company of his sister, where he learned the then feminine trades of sewing and knitting.

Popular plays: The Storm, The Snow Maiden, Without a Dowry, The Poor Bride, Enough Stupidity in Every Wise Man

Leo Tolstoy’s life was marked with drastic shifts in attitude and ideology. His marriage to his wife Sonya was peaceful at first, but then gave way to chaos in their later years when Tolstoy adopted radical thoughts of anarchy against all forms of government. Although mostly a novelist, Leo Tolstoy’s two dramas concentrate heavily on romantic and sexual relationships, mental illness, jealousy, murder, and suicide.

Trivia: Leo Tolstoy was friends with Gandhi, and both were vegetarians.

Popular plays: The Living Corpse, The Power of Darkness

Chekhov wrote his characters and their dialogue as real as possible, trying to capture the truth of humanity and society rather than sugar-coating it with flowery poetic lines. This helped transform the way plays were written around the world, especially in England and America.

Trivia: He posited an idea that is now known as “Chekhov’s gun”, a dramatic principle that states that everything that is not important to the story should be taken out, and that if there is a gun onstage, it must eventually go off.

Gorky, born Alexei Maximovich Peshkov, was a five-time nominee for the Nobel Prize in Literature. Gorky pushed the ideas of human worth and potential in his works, placing characters who were of a higher moral ground, inspired by hard work and success, next to those who sank into despair and became tainted by the paltry conditions surrounding them. He was also jailed several times for his support of the Bolsheviks.

Trivia: Gorky was a close friend of Vladimir Lenin, the Russian communist revolutionary who aided the Bolsheviks in overthrowing the rule of Tsar Nicholas II.

Popular plays: The Lower Depths, Children of the Sun, Summerfolk