742
SHARES
ShareTweetSubscribe
Want More Good Stuff like this?
Sign up to receive emails with new articles when they're published!
×

13 Classic American Playwrights You Should Know

With each playwright, we’ve included basic information, some trivia, and the plays for which they are most famous. 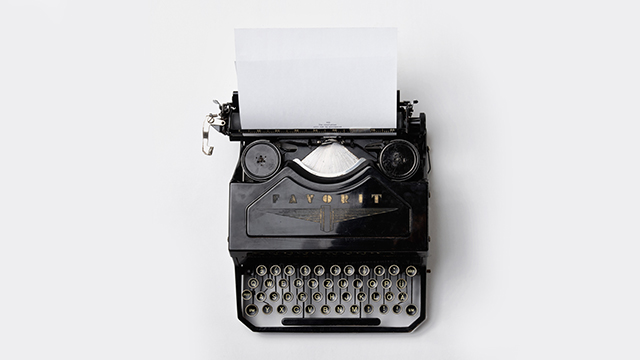 O’Neill was one of the first American playwrights to incorporate the concept of realism into his plays — realism that included characters on the fringes of society, varied American dialects and colloquialisms, and deep-seated fears of those realistic characters. O’Neill’s aim was to strip American theatre of false sentimentality and present, rather, an honest view of American culture. He was awarded the Pulitzer Prize in Drama in 1920, 1922, 1928, and 1957 and for Literature in 1936.

Popular Plays: Desire Under the Elms, The Iceman Cometh, A Moon for the Misbegotten, Anna Christie, The Hairy Ape

Kaufman was a fan of satire, and incorporated this type of voice in many of his plays and the plays he worked on with his fellow playwrights. Also a director and producer, Kaufman directed plays and musicals including a stage adaptation of Steinbeck’s Of Mice and Men in 1937 and Guys and Dolls in 1951, a show that earned him the 1951 Tony Award for Best Director. He was awarded the Pulitzer Prize for Drama in 1932 and 1937.

Trivia: Before Kaufman was a playwright, he was a ribbon salesman.

Popular Plays: The Man Who Came to Dinner, Merrily We Roll Along, Stage Door, You Can’t Take It With You, Dinner at Eight

Wilder’s plays concentrate on the commonplace happenings in people’s lives and the cosmic events that seem to envelope them. Wilder was also involved in other areas of entertainment and education: acting, writing opera librettos, film, translation, teaching, and lecturing. He famously wrote the first draft of Alfred HItchcock’s 1943 thriller Shadow of a Doubt. Wilder was awarded The Pulitzer Prize for Drama in 1938 and 1942.

Popular Plays: Our Town, The Matchmaker, The Skin of Our Teeth, The Long Christmas Dinner

Hellman’s plays heavily comment on social issues like feminism, aging, and family dysfunction. She was heavily criticized for her sympathy to Communist causes, and was repeatedly questioned about her Communist leanings by the House Committee on Un-American Activities (HUAC) but refused to answer any questions they asked of her. She was later blacklisted by HUAC, which caused a decline in her income.

Trivia: Her play, The Children’s Hour, which featured a lesbian relationship between two teachers, was adapted into a film called These Three in which one schoolteacher is accused of sleeping with the other’s fiance. (The Motion Picture Production Code of 1933 prevented any mention of lesbian relationships.)

Popular Plays: The Autumn Garden, The Children’s Hour, The Little Foxes, Toys in the Attic

Considered one of the three major playwrights of 20th-century American drama, Williams used his own life to inform the content of his plays. His work, realistic in nature, contained drug abuse, alcoholism, and domestic violence, all of which he experienced at some point in his life. A Streetcar Named Desire and Cat on a Hot Tin Roof won the Pulitzer Prize for drama in 1948 and 1955, respectively.

Trivia: As a struggling writer, Williams worked as a caretaker at a chicken ranch outside Los Angeles.

Trivia: The Crucible is a commentary on the “witch hunt” that the HUAC established to root out Communist sympathizers during the ‘50s.

Popular Plays: The Crucible, Death of a Salesman, After the Fall, A View from the Bridge, All My Sons, The Last Yankee

Known for his absurdist theatre leanings, Albee’s introduction to the theatre was at a very early age. His adoptive father owned several theatres, and it was in the theatre that Albee realized he wanted to be a writer. Albee was awarded three Pulitzer Prizes for drama: A Delicate Balance (1967), Seascape (1975), and Three Tall Women (1994). He also received the Tony Award for Lifetime Achievement in 2005.

Trivia: Albee was expelled or dismissed from two of his primary schools and his college for various reasons including attendance issues and failure to attend mandatory church services.

Popular Plays: Who’s Afraid of Virginia Woolf?, The Goat, or Who is Sylvia?, The American Dream, A Delicate Balance, At Home at the Zoo (formerly titled Peter & Jerry)

A leading playwright of avant garde theatre, Fornés was born in Cuba and immigrated to the United States when she was 14. In 1954, Fornés moved to Paris; while living there, she saw a production of Samuel Beckett’s Waiting for Godot. This inspired her to become a playwright. Fornés’ plays focus on social and personal issues, oftentimes using theatre as an immersive experience. She would later win the 1985 Obie Award for Best Play for her work, The Conduct of Life.

Trivia: Before Fornés was a playwright, she was a painter of abstract art.

Popular Plays: The Conduct of Life, Fefu and Her Friends, Mud, Sarita, Letters from Cuba

Hansberry’s legacy in theatre is marked by her focus on the struggles of black Americans, African liberation, and sexual freedom ‘50s and ‘60s. Hansberry grew up around prominant Black intellectuals including W.E.B. Dubois and Paul Robeson. In 1959, Hansberry became the youngest American playwright and the fifth female playwright to receive the New York Drama Critics Circle Award for Best Play. Her play, A Raisin in the Sun, earned her this honor; she was 29.

Trivia: Hansberry was the first black woman to write a play performed on Broadway.

Popular Plays: A Raisin in the Sun, The Sign in Sidney Brustein’s Window, To Be Young, Gifted, and Black, Les Blancs (The Whites)

Kennedy’s works address racism, violence, kinship, and alienation in the lives of Black Americans. She is most known for her use of surrealism and plot-less stories that borrow from mythical, historical, and make-believe figures that help to illustrate the human experience. Kennedy won two Obie Awards, one in 1964 for Distinguished Play for Funnyhouse of a Negro and the other in 1996 for Best New American Play for June and Jean in Concert and Sleep Deprivation Chamber.

Trivia: Suzanne Alexander, one of Kennedy’s characters, has recurring appearances in many of Kennedy’s plays; they are collected in a publication called The Alexander Plays.

Guare began writing one acts and short plays that featured absurdist plots and high comedy. His style later focused on domestic dramas that are simultaneously poignant and comedic. His play The House of Blue Leaves premiered Off-Broadway in 1971 and has been revived several times since then. In 1991, Six Degrees of Separation won an Obie Award for Best Play and was a finalist for the Pulitzer Prize.

Trivia: Guare was homeschooled for most of his teens, which allowed him to see popular films. These films would inspire him to become a writer.

Popular Plays: The House of Blue Leaves, Six Degrees of Separation, Lydie Breeze, Landscape of the Body, A Free Man of Color

A founding member of the Atlantic Theatre Company, Mamet won the Pulitzer Prize for Drama for his play Glengarry Glen Ross in 1984. His style of writing dialogue — short lines that feature characters using language manipulatively — has been dubbed “Mamet speak”. His writing oftentimes focuses on male friendship and the subliminal ways in which characters display affection for each other, suggesting homosexual preferences underneath heterosexual guises.

Trivia: His daughter is Zosia Mamet of the HBO series Girls.

Wilson’s work addresses the comic and tragic aspects of African American life in Pittsburgh during the 20th century. His plays, each depicting a different decade, are called The Pittsburgh Cycle. The characters in Wilson’s plays are largely based on people he met when he began working menial jobs at 16. He was awarded the Pulitzer Prize for Drama in 1987 and 1990, respectively, for Fences and The Piano Lesson, the former winning the 1987 Tony Award for Best Play.

Trivia: Wilson, mostly self-taught after dropping out of schools due to racial hostility, learned to read at the age of four and frequented the Carnegie Library of Pittsburgh. The library later awarded him an honorary high school diploma.