109
SHARES
ShareTweetSubscribe
Want More Good Stuff like this?
Sign up to receive emails with new articles when they're published!
×

Welcome back to Performer Stuff’s new series that celebrates our playwrights! We feature an interview with a playwright who features their work on PerformerStuff.com, asking them questions about their inspirations, their process, and the craft of playwrighting. Our series continues with playwright Samantha Charlip. (Find her monologues here!) 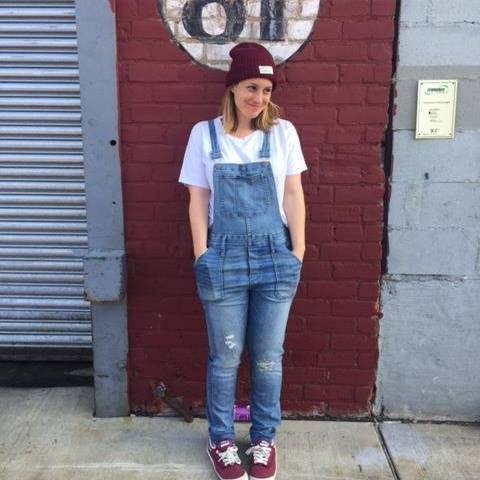 Initially, I hated playwriting. The thought of sticking to some sort of tight Aristotelian structure felt prescriptive and pointlessly limiting. But I was always a short story writer. Then one day I met with a professor of mine at Tisch, nearly out of my head with frustration, and she told me, “Just write your play like you would one of your short stories.” And I went, “Wait, you mean they don’t have to learn a big lesson all the time? It can just be slow and tortured and random and characters can hurt each other and not know it and you can write a scene where two people just watch a light blink on and off and nothing else happens and it can be like actual life?” And she went, “Yeah.” And I was like, “Okay, cool.” And then I loved playwriting.

I write about tragic, bizarre, intellectually-off people from socially backwards worlds struggling to be better and have better. Flannery O’Connor has a great quote, “Whenever I’m asked why Southern writers particularly have a penchant for writing about freaks, I say it is because we are still able to recognize one.” As a southern writer, nothing rings truer to me.

I think growing up in Florida has also made me very drawn to Americana and urban decay, a dichotomy that feels very much in line with where we are as a culture.

I often write about characters who are stuck in time and physical place and the ways they use the whims and wills of others to save themselves. I’ve always been interested in exploring escapism in a contemporary society that asks us to help ourselves but offers us often-unrealistic means to do so.

Even though my work speaks to the concepts of immobility and struggle, it is always with the goal of believing that change and salvation are possible.

Theatre for me has always been about transformation. I think it’s one of the only art forms that allows audiences to see the divine in the most unlikely places. My goal as a playwright is to honor them with that, if not every day, than at least for one night, in the dark.

I don’t think it’s one specific play or even one specific genre. Every day, I’m proud to have written. To look past your anxiety, fear of failure, boredom, even just to get off social media, and put something down on the page. That is the gift.

The Aliens, by Annie Baker.


Samantha Charlip is award-winning New York based playwright and Writer/Producer for television networks including NBC, A&E, Turner and Viacom.

She is a two-time O’Neill Finalist and has also been recognized as part of The Kennedy Center, the Source Festival, Susan Glaspell Award, Leah Ryan Fund for Emerging Women Writers, Ingram New Works Lab, Athe Award for Excellence in Playwriting, Shakespeare’s Sister Fellowship, Princess Grace Fellowship, nuVoices Play Festival and Play Penn, among others. Her play, Futurama, made the 2015 Kilroy’s List of best plays by female playwrights.

Samantha is also a television writer whose pilots were selected as second-rounders in the Sundance Episodic Series Lab and the Austin Film Festival and twice as semi-finalists in Storyboard TV’s pilot competition. She is a featured writer on Cartoon Network’s reboot of the children’s series Ben 10. She is a graduate of NYU’s Tisch Dramatic Writing MFA program where she was awarded the Full Tuition Departmental Fellowship.