370
SHARES
ShareTweetSubscribe
Want More Good Stuff like this?
Sign up to receive emails with new articles when they're published!
×

Vacation from work or school is the perfect time to dig into new plays. If you’ve got time to yourself, a blanket, and some tea, there’s no reason not to snuggle up with these Pulitzer Prize-winning plays from the past 20 years! (Or, if you’re not on vacation, keep these plays at your bedside for a little light reading before you hit the hay.) 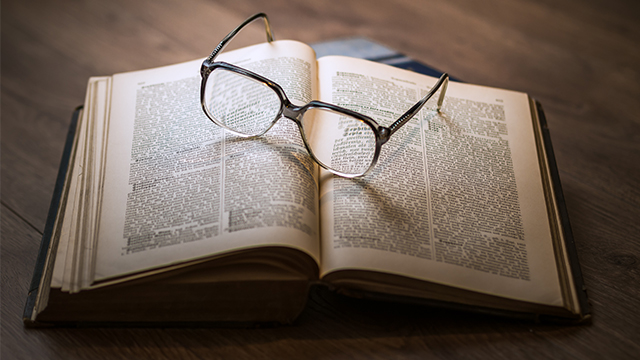 “A wildly funny, surprising and devastating tale of survival as seen through the lens of a troubling relationship between a young girl and an older man. How I Learned to Drive is the story of a woman who learns the rules of the road and life from behind the wheel.” – Dramatists Play Service

“Vivian Bearing, Ph.D., a renowned professor of English who has spent years studying and teaching the brilliant and difficult metaphysical sonnets of John Donne, has been diagnosed with terminal ovarian cancer. Her approach to the study of Donne: aggressively probing, intensely rational. But during the course of her illness—and her stint as a prize patient in an experimental chemotherapy program at a major teaching hospital—Vivian comes to reassess her life and her work with a profundity and humor that are transformative both for her and the audience.” – Dramatists Play Service

2000 – Dinner With Friends, by Donald Margulies

Dinner with Friends examines the lives of two couples and the repercussions of divorce on their friendships. With wit, compassion and consummate skill, playwright Donald Margulies weighs the cost of breaking up and of staying together. “Two married couples have been best friends for years. In their Connecticut home, Karen and Gabe, international food writers, are giving a dinner for Beth and Tom, which he doesn’t attend. It emerges from the heartbroken Beth that he has left her for another woman.” – New York Magazine.

“On the eve of her twenty-fifth birthday, Catherine, a troubled young woman, has spent years caring for her brilliant but unstable father, a famous mathematician. Now, following his death, she must deal with her own volatile emotions; the arrival of her estranged sister, Claire; and the attentions of Hal, a former student of her father’s who hopes to find valuable work in the 103 notebooks that her father left behind. Over the long weekend that follows, a burgeoning romance and the discovery of a mysterious notebook draw Catherine into the most difficult problem of all: How much of her father’s madness—or genius—will she inherit?” – Dramatists Play Service

“A darkly comic fable of brotherly love and family identity is Suzan-Lori Parks’ latest riff on the way we are defined by history. The play tells the story of Lincoln and Booth, two brothers whose names were given to them as a joke, foretelling a lifetime of sibling rivalry and resentment. Haunted by the past, the brothers are forced to confront the shattering reality of their future.” – Dramatists Play Service

“Anna in the Tropics is a poignant and poetic new play set in Florida in 1929 in a Cuban–American cigar factory, where cigars are still rolled by hand and “lectors” are employed to educate and entertain the workers. The arrival of a new lector is a cause for celebration, but when he begins to read aloud from Anna Karenina, he unwittingly becomes a catalyst in the lives of his avid listeners, for whom Tolstoy, the tropics and the American dream prove a volatile combination.” – Dramatists Play Service

“Based on a true story, and inspired by interviews conducted by the playwright over several years, I Am My Own Wife tells the fascinating tale of Charlotte von Mahlsdorf, a real-life German transvestite who managed to survive both the Nazi onslaught and the repressive East German Communist regime.” – Dramatists Play Service

“In this brilliant and powerful drama, Sister Aloysius, a Bronx school principal, takes matters into her own hands when she suspects the young Father Flynn of improper relations with one of the male students.” – Dramatists Play Service

No Pulitzer Prize for Drama was awarded in 2006 because “there did not seem to be a natural choice for the Drama prize this year” according to Playbill.com. However, the three nominated plays are listed below. Check them out!

Miss Witherspoon, by Christopher Durang
“Veronica, already scarred by too many failed relationships, finds the world a frightening place. Skylab, an American space station that came crashing down to earth, in particular, haunts and enrages her. So she has committed suicide, and is now in what she expected to be heaven but is instead something called the Bardo (the netherworld in Tibetan Buddhism), and the forces there keep trying to make her reincarnate. So far she’s thwarted these return visits to earth with a sort of ‘spiritual otherworldly emergency brake system’ she seems to have. She doesn’t like being alive, and post-9/11 finds the world even scarier than when she was there. A lovely if strong-willed Indian spirit guide named Maryamma, however, is intent on getting Veronica back to earth so she can learn the lessons her soul is supposed to learn.” – Dramatists Play Service

Red Light Winter, by Adam Rapp
“Escaping their lives in Manhattan, former college buddies Matt and Davis take off to the Netherlands and find themselves thrown into a bizarre love triangle with a beautiful young prostitute named Christina. But the romance they find in Europe is eventually overshadowed by the truth they discover at home. Written with an unflinching poetic beauty, Red Light Winter is a play of sexual intrigue that explores the myriad and misguided ways we seek to fill the empty spaces inside us.” – Broadway Play Publishing

The Intelligent Design of Jenny Chow, by Rolin Jones
“Jennifer is just an average girl who re-engineers obsolete missile components for the U.S. Army from her bedroom. When she decides to meet her birth mother in China, she uses her technological genius to devise a new form of human contact. Rolin Jones’ irreverent ‘techno-comedy’ chronicles one brilliant woman’s quest to determine her heritage and face her fears with the help of a Mormon missionary, a pizza delivery guy, and her astounding creation called Jenny Chow.” – Dramatists Play Service

“Becca and Howie Corbett have everything a family could want, until a life-shattering accident turns their world upside down and leaves the couple drifting perilously apart. Rabbit Hole charts their bittersweet search for comfort in the darkest of places and for a path that will lead them back into the light of day.” – Dramatists Play Service

“A vanished father. A pill-popping mother. Three sisters harboring shady little secrets. When the large Weston family unexpectedly reunites after Dad disappears, their Oklahoman family homestead explodes in a maelstrom of repressed truths and unsettling secrets. Mix in Violet, the drugged-up, scathingly acidic matriarch, and you’ve got a major play that unflinchingly—and uproariously—exposes the dark side of the Midwestern American family.” – Dramatists Play Service

“Set in a small mining town in Democratic Republic of Congo, this powerful play follows Mama Nadi, a shrewd businesswoman in a land torn apart by civil war. But is she protecting or profiting by the women she shelters? How far will she go to survive? Can a price be placed on a human life?”  – Dramatists Play Service

“Dad’s an architect; Mom rushes to pack lunches and pour cereal; their daughter and son are bright, wise-cracking teens, appearing to be a typical American family. And yet their lives are anything but normal because the mother has been battling manic depression for 16 years. Next to Normal takes audiences into the minds and hearts of each character, presenting their family’s story with love, sympathy and heart.” – Music Theatre International

Get the script perusal here.

“Clybourne Park explodes in two outrageous acts set fifty years apart. Act One takes place in 1959, as white community leaders anxiously try to stop the sale of a home to a black family. Act Two is set in the same house in the present day, as the now predominantly African-American neighborhood battles to hold its ground in the face of gentrification.” – Dramatists Play Service

2012 – Water by the Spoonful, by Quiara Alegría Hudes

“Somewhere in Philadelphia, Elliot has returned from Iraq and is struggling to find his place in the world. Somewhere in a chat room, recovering addicts keep each other alive, hour by hour, day by day. The boundaries of family and community are stretched across continents and cyberspace as birth families splinter and online families collide. Water by the Spoonful is a heartfelt meditation on lives on the brink of redemption.” – Dramatists Play Service

“Amir Kapoor is a successful Pakistani-American lawyer who is rapidly moving up the corporate ladder while distancing himself from his cultural roots. Emily, his wife, is white; she’s an artist, and her work is influenced by Islamic imagery. When the couple hosts a dinner party, what starts out as a friendly conversation escalates into something far more damaging.” – Dramatists Play Service

“In a run-down movie theater in central Massachusetts, three underpaid employees mop the floors and attend to one of the last 35-millimeter film projectors in the state. A hilarious and heart-rending cry for authenticity in a fast-changing world.” – Samuel French

2015 – Between Riverside and Crazy, by Stephen Adly Guirgis

“Ex-cop and recent widower Walter ‘Pops’ Washington and his newly paroled son Junior have spent a lifetime living between Riverside and crazy. But now, the NYPD is demanding his signature to close an outstanding lawsuit, the landlord wants him out, the liquor store is closed—and the church won’t leave him alone. When the struggle to keep one of New York City’s last great rent-stabilized apartments collides with old wounds, sketchy new houseguests, and a final ultimatum, it seems that the old days may be dead and gone.” – Dramatists Play Service

“At the center of this groundbreaking multi-award-winning new musical is the story of founding father Alexander Hamilton, whose ambition drove him from the position of Caribbean outsider and bastard child to American war hero and George Washington’s right-hand man. In the process, Alexander Hamilton powerfully shaped America as we have come to know it — and gave us all a template for what it means to pull ourselves up by our bootstraps and realize the American Dream.” – StageAgent

“Filled with warm humor and tremendous heart, Sweat tells the story of a group of friends who have spent their lives sharing drinks, secrets, and laughs while working together on the factory floor. But when layoffs and picket lines begin to chip away at their trust, the friends find themselves pitted against each other in a heart-wrenching fight to stay afloat.” – Dramatists Play Service

“Eddie, an unemployed truck driver, reunites with his ex-wife Ani after she suffers a devastating accident. John, a brilliant and witty doctoral student, hires overworked Jess as a caregiver. As their lives intersect, Majok’s play delves into the chasm between abundance and need and explores the space where bodies—abled and disabled—meet each other.” – Dramatists Play Service


Interested in reading more plays? Check out our other features below!

Ashleigh Gardner received her MA in Literary, Cultural, and Textual Studies (with concentrations in Film, Gender Studies, and Psychoanalytic Theory) and her BA in English Literature (with concentrations in Victorian, Gothic, and Early American Literature and Gender Studies) from the University of Central Florida; she received her AA in Theatre/Drama/Dramatic Arts from Valencia College. She is a playwright and an actor.