86
SHARES
ShareTweetSubscribe
Want More Good Stuff like this?
Sign up to receive emails with new articles when they're published!
×

Huzzah! We’ve finally reached Shakespeare in our quest to understand the history of theatre a little more. As one of Performer Stuff’s resident Shakespeareans, I’m ecstatic to introduce (or re-introduce) you to the Bard. William Shakespeare (1564 – 1616) is the English language’s leading dramatist, writing 38 plays, composing 152 sonnets, and authoring 2 narrative poems. To help us dig into the works of Shakespeare and understand why he’s so important, David Tennant and Stephen Colbert talk about the Bard in the video below. 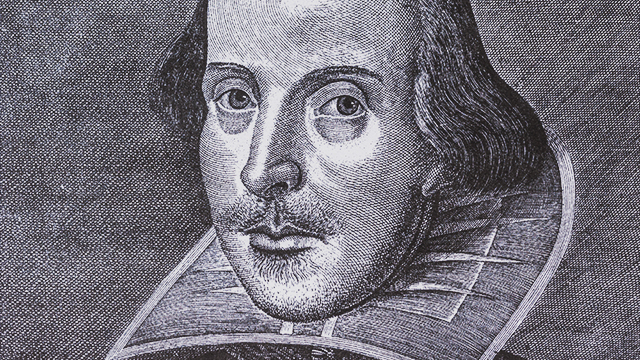 Thought to be Shakespeare’s first tragedy, Titus Andronicus is set during the latter days of the Roman Empire when the empire was at war with the Goths (an East Germanic tribe) and carries a very Quentin Tarantino vibe. After returning to Rome from a recent battle, Titus is offered the position of emperor but refuses, giving the throne to Saturninus. Titus kills Alarbus, the son of Tamora (the Goth queen), spurring Tamora, Aaron (her lover), and Tamora’s other sons, Chiron and Demetrius, to seek vengeance upon Titus and his family. In one of the most famous (and violent) scenes, Lavinia returns from a hunt with her tongue and hands cut off  —  an act done by Tamora’s sons after they rape Lavinia in the forest. Titus, pitying his daughter, kills her to free her of lifelong shame, kills and cooks Tamora’s sons in a steak and kidney pie, and makes her eat it for dinner. The only ones left living in the end are Titus’ son, Lucius, who is crowned emperor, and Aaron, who only wishes he had done more evil in his life.

One of Shakespeare’s most bloody history plays, Richard III chronicles the rise and fall of Richard, Duke of Gloucester at the tail end of the Wars of the Roses in England. To make it short: Richard, the youngest of the late Richard, Duke of York, murders his brothers, George, Duke of Clarence, and King Edward IV. He also murders his nephews, Edward, Prince of Wales and the young Richard, Duke of York in the Tower of London (because these kids also stand in his way). He then ascends to the throne of England, taking Anne Neville as his queen. He also murders her, too. But eventually, he is killed on the battlefield by Henry Tudor (later King Henry VII) who marries the daughter of Edward IV, unites the Lancaster (red rose) and York (white rose) families, and creates the House of Tudor (a white and red rose).

Romeo Montague and Juliet Capulet are in love, but their parents hate each other. A blood feud prevents them from publicly announcing their relationship, so they get married in secret. When Juliet finds out she has to marry a guy she doesn’t really know, she takes a sleeping potion, making her family think she’s dead. News reaches Romeo, and, distraught, he commits suicide over her sleeping body. When Juliet wakes up, she finds Romeo dead and kills herself from grief.

One of Shakespeare’s most-loved and performed comedies, Much Ado is the story of witty and stubborn rivals Benedick and Beatrice who must work together to save the marriage of Beatrice’s cousin, Hero (engaged to Benedick’s friend Claudio), after it is compromised by the prince’s brother, Don Jon. One of the aspects of this piece that allows it to keep enduring is its use of intelligent, playful, biting, and suggestive banter between the characters of Benedick and Beatrice.

Upon Julius Caesar’s return to Rome, he encounters a soothsayer who warns him to “beware the Ides of March”. He disregards this warning. The focus then turns to Caesar’s friend Brutus and Cassius, who tries to convince Brutus to betray Caesar, saying that Caesar would not make a good ruler if he accepted the crown from Mark Antony. Brutus experiences a moral dilemma, torn between killing his friend and allowing Caesar to take the throne and possibly harm the people of Rome. Brutus sides with Cassius and the other betrayers. In one of the most famous scenes in theatre, Brutus stabs Caesar on the floor of the Senate on the 15th of March — “the Ides of March”. Caesar responds, “E tu, Brute?” and dies.

In this play, Rosalind and her cousin, Celia, attend a wrestling match in which Orlando, a contender, beats the court wrestler, Charles, angering Duke Frederick (Celia’s dad). Rosalind likes Orlando, which causes the Duke to banish Rosalind and Orlando from the court separately. Celia and her clown Touchstone vow to go with her, and they search for Orlando in the forest of Arden. Rosalind dresses as a boy, when she runs into Orlando, she teases him. He falls in love with her as a boy  —  this confuses him. But Rosalind makes promises that he’ll marry this “Rosalind” he speaks of very soon. In the end, Rosalind marries Orlando, Celia marries Orlando’s brother, Oliver, Touchstone marries Audrey (a simple country girl), and Phoebe marries Sylvius. Oh, also, Rosalind reunites with her banished father, Duke Senior. Fun fact: Rosaline has the most lines of any Shakespearean heroine: 721.

Considered the most profound work of literature in the English language, Hamlet is Shakespeare’s longest play. Its portrayal of a young person driven to such madness is unique in that it provides an in-depth examination of the psyche of Hamlet, presenting philosophical, ethical, logical, and emotional reasoning within the same scene and even within the same monologue. For those unfamiliar with the plot: the king is murdered by his brother, Claudius, who takes the throne and marries the king’s wife, Gertrude. Gertrude’s son, Hamlet, takes serious issue with this change, goes a little nuts. Meanwhile, he’s also lashing out at Ophelia, daughter of wise-man Polonius. When Laertes, Ophelia’s brother, returns from school to find out Hamlet’s murdered Polonius and has driven Ophelia to suicide, they battle it out, and everyone except Horatio dies.

Young Desdemona is in love with a black soldier named Othello in her father’s army. Though her father approves of the match, Othello’s confident, Iago, becomes jealous of Othello’s promotion and conspires against Othello with Rodrigo, a man who lusts after Desdemona. Iago sets up a ruse to make Othello think that Desdemona cheats on him, and Othello suffocates Desdemona with the pillows of their marriage bed.

Shakespeare’s tragedy about a king dividing his kingdom in threes between his daughters has been one of the most heart-wrenching stories ever placed onstage. King Lear, old and losing his sanity, asks his daughters to prove how much they love him. The two older sisters, Goneril and Regan, lie and say they love him more than anything, but Cordelia, the honest and loving one, says she cannot compare her love to anything because words cannot express it. Lear promptly disinherits her and gives his kingdom to Goneril and Regan instead, prompting them to take advantage of his senility and push him out of the castle. He wanders the country with his Fool (the only person loyal to him besides Cordelia), and when Lear and Cordelia are captured by Edmund, the bastard son of the Earl of Gloucester, Cordelia is executed, leaving Lear to mourn her death.

A Scottish general named Macbeth receives a prophecy from three witches telling him that he will be king one day. Motivated by greed and ambition (and his power-hungry wife), Macbeth murders King Duncan and takes the throne for himself. He is then wracked with guilt and paranoia, and because he must keep killing in order to maintain his rule, the guilt and paranoia persist. Macbeth and Lady Macbeth spin into a darkening web of lies and deceit and into ultimate madness and death.


Shakespeare wrote 154 sonnets, each sonnet consisting of fourteen lines with a rhyming scheme of ABAB CDCD EFEF GG. 126 of these sonnets are addressed to an unknown man called simply “Fair Youth”. It is believed by some scholars, though it is not proven, that Shakespeare was bisexual and wrote romantic sonnets to his lover who may or may not have been WIlliam Herbert (Earl of Pembroke) or Henry Wriothesley (Earl of Southampton). Shakespeare’s sonnets can be viewed as a new type of love poetry not commonly seen in or before Elizabethan England. Its existence as a form of writing was not popular at the time, but as of today, the sonnets have been translated into every major written language. If you’re going to read all of them, great! But if you’d like to read only a few to get you started, I recommend sonnets 17, 18, 23, 57, 83, 94, 109, 113, 120, 130, 138, 141, and 147. (You can listen to an album of spoken tracks on Spotify here.)

Shakespeare’s first narrative poem tells the story of the goddess of Love, Venus, and her attempted seduction of Adonis, a man whose interests lie elsewhere. The poem contains topics like the nature of love, the brilliance of nature, and the complications that arise in relationships.

A narrative poem about the legendary Lucretia whose fate played a vital role in the transition of Roman government from the Roman kingdom to the Roman Republic. Lucretia was abducted and raped by an Etruscan king’s son and then committed suicide. Her death caused an uprising of the anti-monarchist rebellion which resulted in the overthrown monarchy. The poem is written in iambic pentameter with 1,855 lines divided into 265 stanzas.