As we transition out of Medieval times into a more modern theatrical landscape, full of Shakespeare’s riotous comedies, violent tragedies, and long-winded histories, we have to stop to appreciate everything that isn’t Shakespeare. Knowing the basics of Renaissance theatre (which is very limited to some Italian and mostly English drama) is essential to your theatre education. Dive in below and get your knowledge on. 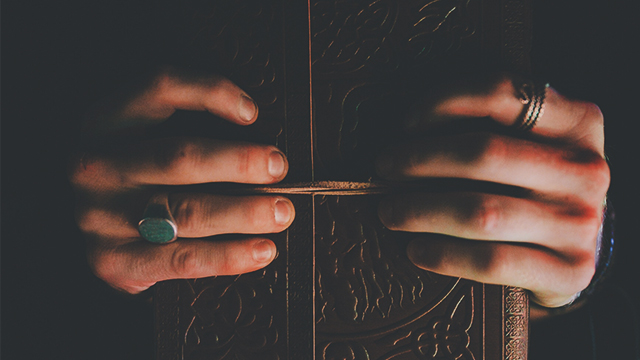 Though the year of its origins can’t be exactly pinpointed, commedia dell’Arte began in Italy sometime in the middle of the 16th century. Commedia dell’Arte performances occurred outside and were performed by professional actors, both male and female, in masks. (Fun fact: commedia erudita were comedies performed indoors by untrained and unmasked actors.) Commedia dell’Arte used primarily seven stock characters to tell stories: Arlecchino (the servant), Il Dottore (head of the household), Il Capitano (the loner), Innamorati (the pair of lovers), Pantalone (the older wealthy man), Colombina (the perky maid/servant), and Pierrot (the sad clown). All wore masks except the Innamorati and Pierrot. Each character of the seven has a distinctly color costume to help the audience identify their differences. The French playwright, Moliere, was heavily influenced by these stock characters as can be seen in his most famous plays Tartuffe and The Imaginary Invalid.

This Italian play, based on a Roman story about the Carthaginian wars, is the first play to attempt to revive the structures and techniques of classical Greek tragedies. The simple plot: Sofonisba, daughter of the Carthaginian, Hasdrubal, is traded around various families and government authorities to be used as a bargaining chip in war (as a woman usually is in classical literature). Trissino claimed that the play followed the Aristotelian formula for drama (originating from Aristotle’s Poetics), but it is actually more akin to Sophocles’ Oedipus trilogy. In this play, choruses were utilized to mark divisions of scenes onstage. Plus, Sofonisba used blank verse for the first time in Italian drama.

Kyd’s play helps us transition into the English Renaissance. English Renaissance theatre existed between 1562 to 1642  —  less than one hundred years  —  but it paved the way for all Western theatre that would follow. Highly popular and influential during the early days of English Renaissance theatre, The Spanish Tragedy is a revenge play, the first of its kind, consisting of a series of violent murders onstage (fake and staged, of course). Its content and style influenced the plays of Ben Jonson, Christopher Marlowe, and William Shakespeare, most notably Shakespeare’s Hamlet. (The Spanish Tragedy employs the use of a ghost character who presents the central conflict of the play like the Ghost of Hamlet’s Father does in Hamlet.)

Considered the most profound work of literature in the English language, Hamlet is Shakespeare’s longest play. Its portrayal of a young person driven to such madness is unique in that it provides an in-depth examination of the psyche of Hamlet, presenting philosophical, ethical, logical, and emotional reasoning within the same scene and even within the same monologue. For those unfamiliar with the plot: the king is murdered by his brother, Claudius, who takes the throne and marries the king’s wife, Gertrude. Gertrude’s son, Hamlet, takes serious issue with this change, goes a little nuts. Meanwhile, he’s also lashing out at Ophelia, daughter of wise-man Polonius. When Laertes, Ophelia’s brother, returns from school to find out Hamlet’s murdered Polonius and has driven Ophelia to suicide, they battle it out, and everyone except Horatio dies.

Marlowe’s play about the man who sells his soul to the devil was the most famous and one of the first plays to address a human’s willful interaction with the demonic realm. Prior to Doctor Faustus, playwrights shied away from including such material because of their fear of the church and other social repercussions, but Marlowe paved the way for a conversation between the living and the demonic. Based on the German stories of the character Faust, Doctor Faustus, a well-respected scholar, becomes bored with traditional methods of acquiring knowledge — intense study of medicines, law, and religion — and yearns for something more. He promises his soul to the devil for 24 years to gain more power and book-smarts. Over the next 24 years, he traipses around the world impressing dignitaries with magic, but when his time is up, he is carried off to Hell by a host of demonic forces, leaving his limbs behind.

Loosely based on the events that occurred during the time, The Duchess of Malfi took events from the life of Duchess Giovanna d’Aragona of Amalfi of Italy. Though there are other plays that recount the tragedy of the Duchess, Webster’s is the most famous.  The plot centers around The Duchess whose brothers, Ferdinand and the Cardinal, are enraged at her bold act of taking the throne upon her husband’s death. Ferdinand, having an incestuous attraction to his sister, seeks also to control her by limiting her ability to rule. When she marries Antonio and has three children by him, Ferdinand, incensed, enlists the Cardinal’s help and they murder their sister in cold blood…along with her children and her handmaid.

One would think incest a popular occurrence in Jacobean stories because Ford’s play also deals with incest. Giovanni, recently returned from university, develops an intense passion for his sister, Annabella, and upon learning of his desires, Annabella returns them (cue simultaneous eyeroll and gasp). Knowing that she cannot continue her relationship with her brother, Annabella marries her suitor, Soranzo. When Annabella finds out her pregnancy is a result of her relationship with her brother, she panics…and so does Giovanni. Giovanni visits her one evening, stabs her, and carves her heart out of her chest, presenting it on a dagger at dinner. Grim, right? Well, it’s one of the most controversial works in English literature, only recently (at the opening of the 20th century) gaining more acceptance as a profound work of drama.

Fletcher’s play includes a device used by Aristophanes in Lysistrata  —  a women refusing to have sex with her husband in order to influence his decisions and attitude. Based on Shakespeare’s Taming of the Shrew, The Tamer Tamed is a response (not exactly a sequel) that revolves around Petruchio’s second marriage (after his wife Katherine has died). His new wife, Maria, is an even bigger rebel, and she mocks, bothers, and belittles Petruchio for the ridiculous life he leads. In Petruchio’s attempt to get Maria to feel compassion toward him, he has men bear him onstage in a coffin. And in one of the most famous scenes in Elizabethan theatre, Maria, thinking him dead, bemoans not his loss, but how foolish his life was, proving him less of a man and more a mockery of men.

The closure of English theatres.

The rise of the Puritan movement in English sparked a distaste for theatre, denouncing actors as liars, rouges, and sinful cheats, banning the performance of plays within London theatres on September 2, 1642. Playwrights and actors were primarily clients of the aristocracy and monarchy, and were, nearly by default, Royalists, but when the Puritan faction took hold of the government during the First English Civil War, the Puritans laid a blow to theatre in London. Theatre in England would not see a return until eighteen years later during the reign of Charles II in 1660…otherwise known as The Restoration.