482
SHARES
ShareTweetSubscribe
Want More Good Stuff like this?
Sign up to receive emails with new articles when they're published!
×

In honor of National Hispanic Heritage Month, we take a look at 10 plays to read and consider as part of your season next year. Check out the shows below, and be sure to follow Performer Stuff for more reading lists! 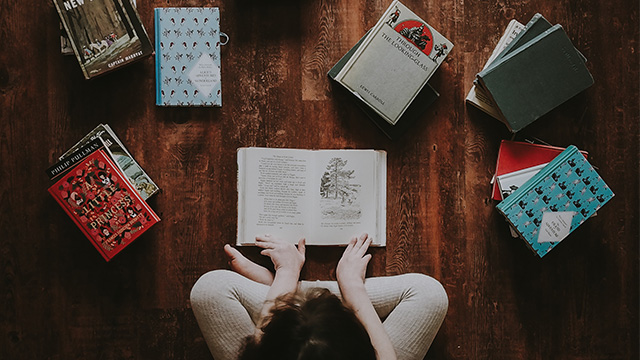 “When Lucia, a Mexican-born novelist, gets her first TV writing job, she feels a bit out of place on the white male-dominated set. Lucia quickly becomes friends with the only other Latino around, a janitor named Abel. As Abel shares his stories with Lucia, similar plots begin to find their way into the TV scripts that Lucia writes. Fade is a play about class and race within the Latinx community, as well as at large, and how status does not change who you are at your core.” – Samuel French

Our Lady of the Tortilla by Luis Santeiro

“The Cruz family is volatile even in the best of times. On this particular day, Nelson, the youngest son, enters the house in a panic to hide the more obvious religious relics from the sight of his “gringo” girlfriend, who is visiting for the weekend. Nelson’s mother, Dahlia, is obsessed with retrieving her husband from his new girlfriend; Eddie, her elder son, shows up in a van with his failed life and pregnant girlfriend. But the “real” pandemonium is caused by sweet, long-suffering Dolores, Dahlia’s old-maid sister, when she sees the face of the Holy Virgin in a tortilla. This miracle brings hordes of believers and reporters to camp out on the Cruz’s lawn to await further miracles. As the family struggles with beliefs and conflicts, old and new, the endurance of family love is revealed to be the real miracle.” – Dramatists Play Service

“Hector, a young campesino, is apprehensively awaiting the return of his father, Gallo, who has been serving a jail term for manslaughter. Gallo, who is obsessed with cock fighting, is a philandering, high-living macho type, who finds it difficult to communicate with, much less understand, his contemplative, questioning son. […] Mingling scenes of explosive drama with moments of fanciful imagery, the play deftly blends its two natures as it moves to its conclusion when, in a theatrically magical moment, illusion and reality achieve a remarkable synthesis.” – Dramatists Play Service

Anna in the Tropics by Nilo Cruz

“Anna in the Tropics is a poignant and poetic new play set in Florida in 1929 in a Cuban–American cigar factory, where cigars are still rolled by hand and “lectors” are employed to educate and entertain the workers. The arrival of a new lector is a cause for celebration, but when he begins to read aloud from Anna Karenina, he unwittingly becomes a catalyst in the lives of his avid listeners, for whom Tolstoy, the tropics and the American dream prove a volatile combination.” – Dramatists Play Service

Augusta and Noble by Carlos Murillo

“In Augusta and Noble, we meet Gabi, a 12-year-old girl who has lived her whole life amid a vibrant Latino community in the West Town neighborhood of Chicago. Gabi is starting high school across the city at Northside College Prep, where she is quickly exposed to new people and possibilities. As Gabi begins asking questions about her heritage, including the truth about her parents’ harrowing journey across the border to the United States, she struggles to discover exactly where in this world she belongs. Told in English peppered with Spanish, this play for young audiences celebrates the rich history and resilience of the many immigrants who call Chicago home.” – Dramatic Publishing

Water by the Spoonful by Quiara Alegría Hudes

“Winner of the 2012 Pulitzer Prize for Drama, Quiara Alegría Hudes’s drama is a heartbreaking, funny, and inspiring account of the search for family in both conventional and unconventional places. Somewhere in Philadelphia, Elliot has returned from Iraq and is struggling to find his place in the world, while somewhere in a chat room, recovering addicts forge an unbreakable bond of support and love. The boundaries of family and friendship are stretched across continents and cyberspace as birth families splinter and online families collide.” – Theatre Communications Group

Chimichangas and Zoloft by Fernanda Coppel

“Suffering from a profound sense of disappointment after her 40th birthday, Sonia flees her family and goes on a binge of prescription Zoloft and greasy chimichangas.  Sonia’s rebellious daughter Jackie and her best friend Penelope hatch a plan to lure Sonia back home, while their fathers struggle with a secret association of their own. This irreverent story examines the search for happiness and the mysteries of sexuality through the eyes of two brazen teenagers.” – Samuel French

“Set in the 1970s on the Texas border separating the United States and Mexico, Lydia is an intense, lyrical, and magical play. The Flores family welcomes Lydia, an undocumented maid, into their El Paso home to care for their daughter Ceci, who was tragically disabled in a car accident on the eve of her quinceañera. Lydia’s immediate and seemingly miraculous bond with the girl sets the entire family on a mysterious and shocking journey of discovery. Lydia is an unflinching and deeply emotional portrait of a Mexican immigrant family caught in a web of dark secrets.” – Samuel French

“When young Sarita sees her crush, Julio, flirting with other women, she vows to do the same with men, and at fourteen she becomes pregnant. She does not know by whom. After giving birth, she runs away and belatedly becomes Julio’s lover, but his inconstancy wears on her. Even when she finally leaves him and marries a new man, Mark, she cannot give up Julio, who continues to torment her and eventually drives her into a murderous rage, the cost of which will be her sanity and freedom. “ – Broadway Play Publishing

“Marisol Perez, a young Latino woman, is a copy editor for a Manhattan publisher. Although she has elevated herself into the white collar class, she continues to live alone in the dangerous Bronx neighborhood of her childhood. As the play begins, Marisol narrowly escapes a vicious attack by a golf club-wielding madman while traveling home on the subway. Later that evening Marisol is visited by her guardian angel who informs her that she can no longer serve as Marisol’s protector because she has been called to join the revolution already in progress against an old and senile God who is dying and “taking the rest of the universe with him.” […] Marisol finds herself on the streets, homeless, where her many encounters include a woman beaten for exceeding her credit limit and a homeless burn victim in a wheelchair looking for his lost skin. With the apocalypse well under way, the angels have traded in their wings for Uzis and wear leather motorcycle jackets and fatigues. As the action builds to a crescendo, the masses of homeless and displaced people join the angels in the war to save the universe.” – Dramatists Play Service


Interested in reading more plays? Check out our other features below!

Thumbnail and article: Photo by Annie Spratt on Unsplash