Hear Ye! Hear Ye! Pride month is nearing its end! So, you should grab a good ol’ gay play to read! Does each play seem to end at the same place? Is that place a graveyard? I don’t mean to get morbid, but some LGBTQ+ themed plays (Angels in America by Tony Kushner and Fun Home by Jeanine Tesori and Lisa Kron) consistently deal with death. However, I have searched far and wide for amazing, underdone shows that have diverse styles and stories that don’t end in a graveyard. So kick back and give these excellent shows a read.

Set in the early 1900s, INDECENT based on the true story of Sholem Asch’s play, God Of Vengeance, which traveled through Warstruck Germany performing in attics and basements. Finally, reaching Broadway after the curtain dropped, the whole cast and crew were arrested on charges of Indecency for the show highlighted a forbidden love between two women.

The LGBT Factor: Now granted, Throughout the show, we see that some of the actors who perform God of Vengeance pass away. But the way INDECENT beautifully shows that even as the actors pass away, the story that these people fight to tell still lives. So, Badabing Badaboom, it’s on the list.

2.  Collective Rage: A Play in 5 Betties by Jen Silverman 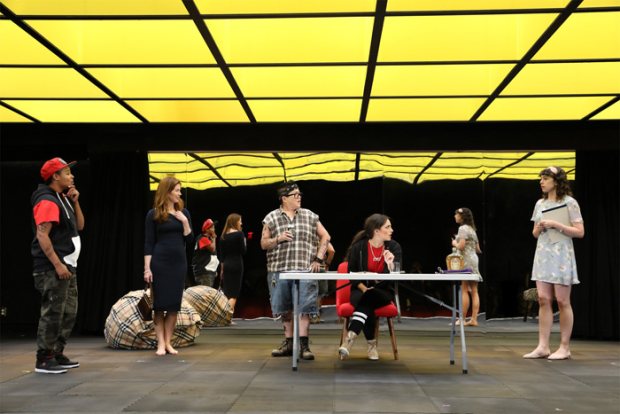 Rating R: (sexual situations, Language)
The best way to describe this show is The Vagina Monologues but with a Lesbian Twist. The play follows 5 Queer Women who want to put a play on within the play.

The LGBT Factor: With solid representation from everything to questioning middle-aged women to out and proud He/Him Lesbians. This show is sweet and has amazing opportunities for ensemble scenes.

An angsty teenage kid that gets bullied for having two Moms in high school. Is it sad? Yes. But is it also Gay? YES.

LGBT Factor: A unique look into a Queer Family. A medium that we don’t get to see a lot on stage.

4. Edith Can Shoot Things And Hit Them by A. Rey Pamatmat 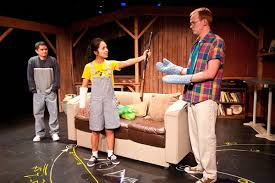 When three abandoned kids in the middle of no-where, form a bond and create a found family, unlike any other.

The LGBT Factor: The three kids with no adult supervision throughout the play, allowing young love to shine in a way that seems pure and authentic. It also highlights the importance of having a found family when you are a member of the LGBT community.

5. My Blue Heaven by Jane Chambers 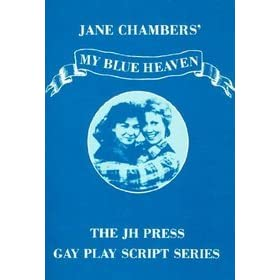 I maintain that this play is the Number 1 straight play that isn’t straight; A life story that deserves more productions, a middle-aged lesbian couple who live on a farm with fun comedy bits, and pure sweet-hearted fun.

The LGBT Factor: The show taking place in the 80s and doesn’t once mention The AIDS Pandemic, Which is refreshing to read. The love shown between the two women is pure and sweet and is a small cast and excellent for ensemble work.

Ciara Hannon started her Production Company 11th Hour Productions at the Orlando Fringe Festival in 2019. She is a playwright, a producer, and most of all a ton of fun. She aspires to a high school theatre teacher. Eventually getting her masters in directing to become a professor. She wants to use Theatre as an outlet to tell Queer stories and bring more representation to the stage.