8 of the Best Underdone Shakespeare Monologues

For any actor who’s looking to push their limits, check out a fresh batch of Shakespeare audition material! These monologues will wow directors with heartfelt pieces of tragedy and comedy they haven’t already seen fifteen times that day. Stand out from the crowd and do one of these eight underdone favorites from the Bard. 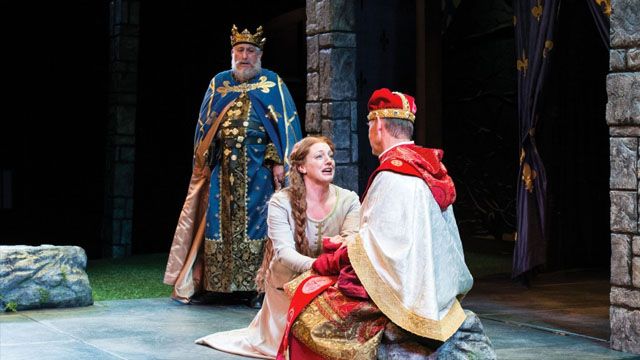 A monologue ripe with all the woes of betrayal, power, and the nightmare of succession that plague one woman as her assured future crumbles before her eyes. The Earl tells Lady Constance of Salisbury that the royal French and Spanish families will soon converge in marriage to unite themselves and take the crown. Up until now, Lady Constance’s son, Arthur, was in line for the throne. This guaranteed Lady Constance, a widow, a safe future with a powerful protector. Learning of the marriage, Lady Constance begins spiraling in disbelief, panic, and heartbreak as she realizes that without the crown, her and her son’s life, are now in danger. 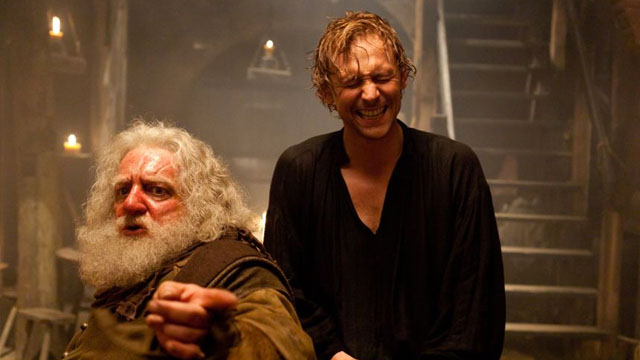 This monologue is a heartbreaking confrontation between Henry V, just stepping into his royal power, and his drinking buddy, Falstaff, who’s embraced the pub-crawl low life. Throughout the two-part play, Prince Hal (now crowned King Henry V) was a drunken, wayward son while Falstaff was more fatherly than his birth father. But, when the king dies, and Henry must become the ruler his country needs, he abandons Falstaff. He denounces him in public, cuts his oldest, dearest friend off forever, and banishes him. This monologue encapsulates the complexity of Henry’s decision to shed his former life and crush the heart of his closest friend, in order to be the king England deserves. 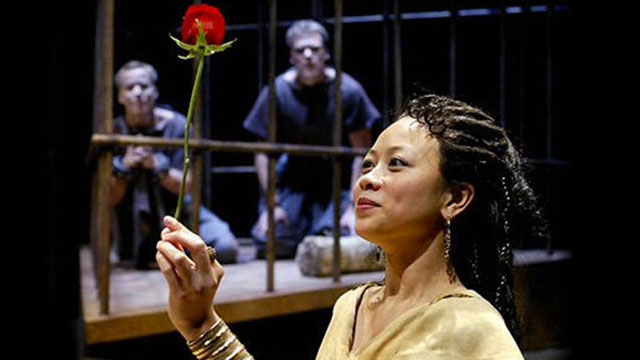 This monologue captures the young, lovesick, and flirty Jailer’s Daughter in a moment of decision. She’s fallen hard for Palamon, the man her father has locked up in prison. Palamon’s kindness and sad state makes her knees weak and stirs the Jailer’s Daughter to act upon her affection. She wavers back and forth; her love fluttering all over until she decides firmly to set him free so that they can be together. There’s a lot of heart underneath the jokes, and her line to line switch between an innocent crush and desperate, hungry obsession is hilarious. 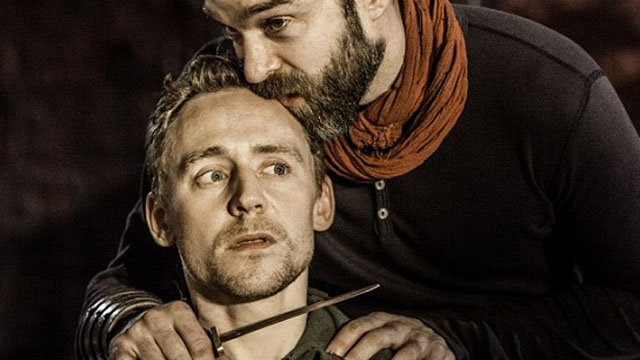 This monologue of a passion oath to a former enemy suddenly turned sworn friend. After Coriolanus is banished from Rome, his mortal enemy Tullus Aufidius is won over by Coriolanus’ request for death and instead offers his hand on the battlefield. He praises Coriolanus’ strength, his skills as a warrior, and confesses to dreaming of him. Tullus Aufidius begs Coriolanus to join him, and they’ll take on Rome together. The homoerotic subtext can easily be played up for a heartfelt monologue of attraction beyond the battlefield lines. 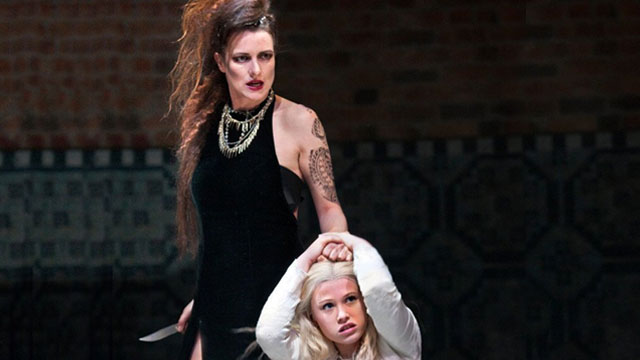 Stay, Roman brethren! Gracious conqueror,
Tamora, a powerful leader among the Visigoths, has been captured by the Roman army. She begs her captor to spare her children from slaughter. Tamora is a complex villainess who is capable of terrible acts, wields incredible influence, and loves her sons above all else. This monologue captures her vulnerability and genuine fear that she might lose her children as she bargains for their lives. At the same time, she’s always playing the long game. Layering how much of her praises for Rome and pleas for her sons are genuinely vulnerable. How much the calculating mind of the manipulative villainess queen, that we love to hate. 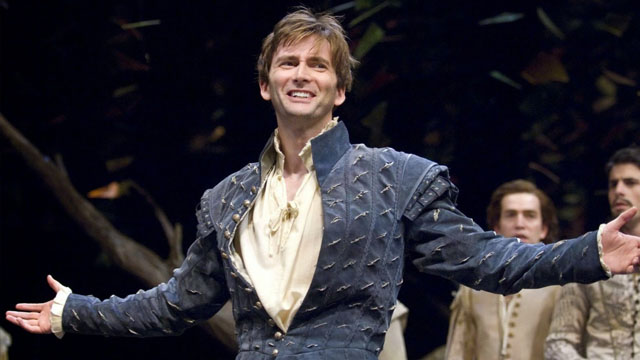 This monologue is an excellent alternative to overdone Romeo or Demetrius/Lysander monologues, especially if you have a flair for comedy. Berowne makes a joint pact with his best friends to swear off all love and women to focus solely on studies. The pact crumbles after meeting a beautiful woman, and he’s swept up in lovesickness. Berowne sings her praises, the ecstatic joy of being in love, and the freedom from his sworn pact to stick to school. The monologue is equal parts endearing and laugh-out-loud funny. 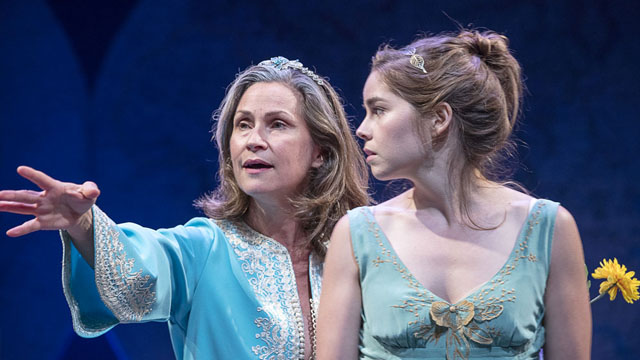 This monologue is a passionate plea from the chaste Marina, who is forced into working at a whorehouse. She begs a worker at the brothel to let her tutor respectable young women and insists that she has so much to offer beyond her body. The monologue is a complex combination up her fear of being debauched and her bravery and confidence in asserting her self worth. 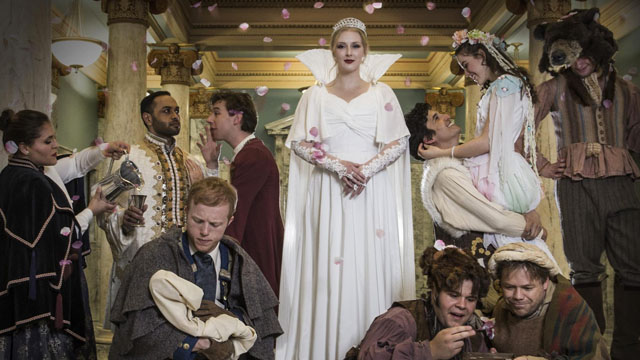 This monologue gives voice to all the women falsely accused of adultery in Shakespeare. Queen Hermione’s husband, crazed with jealousy and convinced she’s cheating on him, berates his pregnant wife in public. He swears the child is not his, while she stands her ground and is sent to prison with her head held high. After delivering her baby girl in jail, the child is ripped away and abandoned in the forest to die. Hermione is put on trial for her supposed treason, where her husband is judge, jury, and executioner. He rages his claims against her, threatens her life, and she responds with fierce defiance that she has nothing left to live for. She stands up to her husband’s cruelty, defends her honor, and demands the oracle’s judgment. The monologue is full of Hermione’s power, rage, grief, and determined resilience until her last breath.

Looking for more material? Check out our other stories below!