New Interview with the Champions of NBC’s World of Dance, MDC 3 for Performer Stuff Pro Series

Performer Stuff is launching a regular series of videos at the beginning of September, which will help performers learn more about their industry from the inside out, through in-person discussions with working professionals.

Back in July, as an introduction to our Performer Stuff, Pro Series we had an interview with MDC 3, a young dance trio from Placentia California who were being featured on Season 4 of NBC’s World of Dance. To watch part one of that interview click here. Last week they were crowned Champions of the series and won $1,000,000 and have agreed to be interviewed again

Listen to Madison, Emma, Diego once again talk to our pro series host, Mark Pawsey, this time about what it took to win the championships. 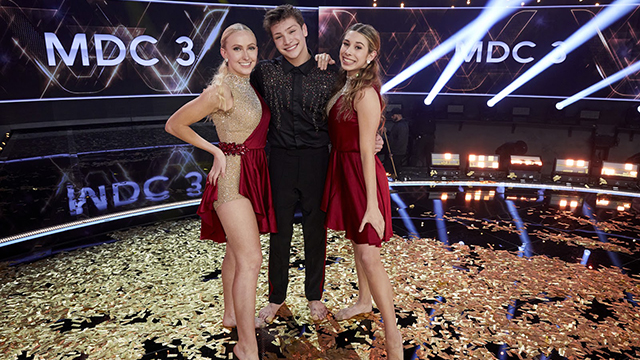