Pirate Theatre: Doing What You Love Without Limits

“Pirate” theatre sounds like a bunch of actors pillaging a prop shop while wearing 18th century pantaloons and eye patches. I swear it’s not. It’s also not just for people who have been in the theatre business for years. It’s for high school and college students, too.

“Pirate” is a word that I borrowed after working with Michael Stephenson on his thesis, a feature-length horror film, Blackwater Rd. (I was to be the film’s costumer.) He asked, “Do you know what pirate filmmaking is?” I said I didn’t, but that it sounded dangerous, exciting, and fun. “That’s exactly what it is,” he replied. Stephenson, the founder and lead writer over at Culturally Significant! (a nerd blog for all things 80s movies, pop culture, and geek swag) was inspired by “guerrilla film” style filmmaking: low budgets, skeleton crews, simple props, and no permission to film on location. Because Stephenson also esteems production value and honesty, he revised the guerrilla technique to add crowd-sourced funding, professional connections, talented artists, and an organized and focused approach to indie film. Thus was born the term “pirate filmmaking”.

Just as pirate filmmaking merges the production values of professional studio films with the extraordinary talents of independent film artists, pirate theatre unites the quality of professional theatrical productions with the spontaneity and passion of guerrilla theatre.

Guerrilla theatre originated during the Vietnam War as a way for American performers to protest the United States’ presence overseas. Guerrilla theatre troupes performed scenes in public venues (parks, sidewalks, government monuments) as a means of political protest, and the content of these scenes often involved material that served to shock viewers. When we think of guerrilla theatre now, we think of productions with bare-bones sets, old costumes, little to no sound, and simple props, all performed in a black box or on the lawn of your high school or university. Yes, there are advantages to guerrilla theatre as we know it today. It’s quick, it’s easy, and it’s fun. However, if you’re itching for that professional production value, the next step might just be pirate theatre. 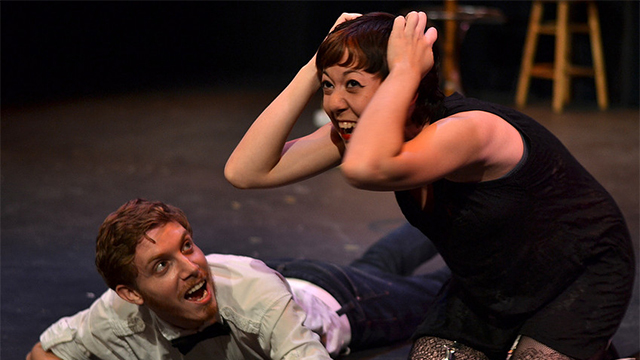 
Pirate theatre, as I see it, is an organized theatrical production that has

The outline above is vital for two reasons: first, professional theatres may not be for everyone, and second, young artists need a space where they can practice professional theatre if they wish to build their resume. An original script gives writers an opportunity to explore their craft. Paying royalties for published works instills an awareness of copyright law and artistic integrity. Rehearsal schedules show respect for artists’ time. Having one or two main leaders forces a sense of personal accountability for the production. A team of artists who have secondary skills helps amass resources and gives actors and technicians the chance to explore other cast and crew positions. Sales of tickets help gain revenue for all artists involved and give credibility to the production. It also presents an opportunity to transfer any ticket sales to a local charity. Permission and payment to rent a venue fosters business and communication skills. Finally, freedom from a planned season gives artists time to build funds, time, and energy for the next production without having to scramble for (and possibly cancel) another in the future.

Krista Delong and Adam Reilly in 20-NOTHING at the 2014 Orlando International Fringe Festival. Photo © A.G. Photography.


Fringe festival productions are pirate theatre. Productions at new play festivals are pirate theatre. Professional productions during the year that do not have a dedicated performance venue year-round are pirate theatre. And, what’s more, pirate theatre isn’t limited to the seasoned and experienced. Productions by high school and college students that follow the guidelines above are pirate theatre. How many times have you wanted to do a night of one-acts or an evening cabaret with your high school friends? What about when you wanted to stage the full-length play you wrote for your college playwriting class? What about when you had that idea to produce an adapted version of Shakespeare’s Macbeth with your friends after graduation? Those ideas can be brought to life! Do whatever you can with the highest artistic integrity possible, and strive to create a positive environment where you and your fellow artists can thrive and create. 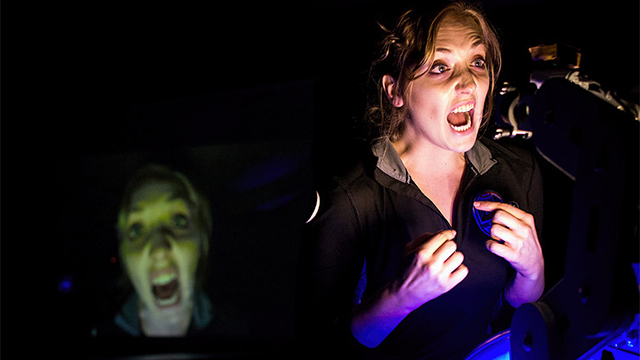 
Moreover, pirate theatre isn’t just about the show. It provides a close-knit community among the director, actors, and techs. Since 2013, pirate theatre has enriched my life and has allowed me to be involved with three Orlando Fringe Festival productions (and indirectly involved with another). In 2013, I was the costume and set designer for Arts or Crafts, a comedy about the distinction between how art and craft is perceived. In 2014, I co-wrote, with four other playwrights, 20-NOTHING, a satire and celebration of the Millennial generation. In May 2016, I was an actor and projection-screen-handyman for Corey Volence’s Space, a science fiction drama about four astronauts at the edge of the universe. Finally, though I wasn’t a member of the production, I was asked to photograph Michael Knight’s The Foreplay, a satirical look at the writing of the United States Bill of Rights. 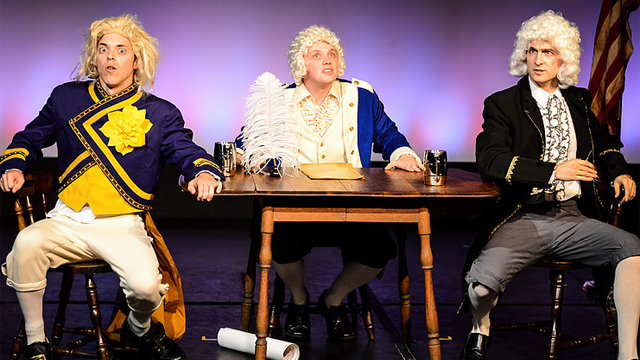 
The type of community, informal education, and professional development I gained through my involvement with these productions, intense or limited, inspired me to develop more of my own projects in the future. I learned that art feeds art, and positive connections encourage personal and professional growth. I wasn’t even out of college when I started working with “pirate theatre” productions, but it helped me ease into the theatre community much more easily than if I had waited to jump in after college. Never let your age or educational level hold you back from creating art. If you need help, ask. There is bound to be someone else who shares your vision. Taking chances is scary, and it’s difficult to do the first time, but with every successive production, your experience will prepare you to handle what comes next.