10 of the Best Molière Monologues for Women

Molière was a master of comedy, and Performer Stuff playwright, Tim Mooney, is a Molière aficionado! Mooney has skillfully crafted Molière’s work into easy-to-understand, rhyming iambic pentameter, giving you the advantage in auditions that require classical pieces.

Below, we’ve collected 10 monologues for women that are perfect for thespian competition or college auditions. What’s more, all of these featured monologues are available on PerformerStuff.com. Links to each one are included with the description so you can easily find the perfect Molière monologue that’s right for you! 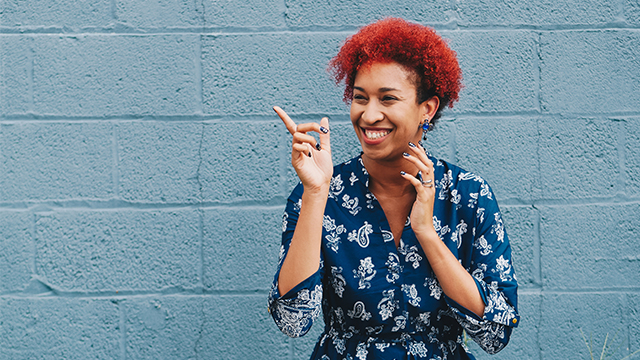 Isabelle from The School for Husbands

A monologue about a girl who tricks her guardian into delivering a letter to the young man she loves. Isabelle deceives Sganarelle, her guardian: she tells him that Valère, the young man, is bothering her with his professions of affection, and she plans on Sganarelle becoming enraged over this fact. After Sganarelle becomes, predictably, furious, Isabelle lies and tells Sganarelle to return a letter Valère’s servant has dropped off for her. In reality, it is a letter she has written to Valère that reveals her affection. This monologue features comedic, false anger and disgust — great for a skilled comedic actress.

A monologue about a comic servant who is disappointed and frustrated in the gullibility of her master. The servant Dorine, alone with Cléante (Orgon’s brother-in-law), reveals to Cléante Orgon’s unfortunate gullibility since the arrival of Tartuffe: the sly, hypocritical, self-righteous faux-religious zealot. Dorine tells Cléante how Orgon spurns his own children, trusts Tartuffe with family secrets, and bestows sentiments of affection on Tartuffe even though Tartuffe is obviously a fraud trying to marry Orgon’s daughter, Mariane. Tartuffe is nitpicky about religion to an extreme, and Dorine has had it.

Lisette from The Love Doctor

A monologue about a comic maid who, playing a trick, tries to convince her master that his daughter is on her deathbed. Sganarelle keeps his daughter, Lucinde, from men, but Lucinde wants to get married to Cléante. Lisette, the maid, and Lucinde devise a plan to get Sganarelle to call a doctor, which will hopefully allow Cléante to sneak into the house disguised as a doctor. Lisette concocts a plan to win Sganarelle’s sympathy, and rushes onstage with a tale of Lucinde’s crisis: she has fainted and is in desperate need of a doctor!

A monologue about a young woman, completely in control, who teases, shames, and threatens a man who loves her. (Think a “Regina George from Mean Girls” type.) Célimène, an unapologetic flirt, is a popular and beautiful lady of French society who is courted by four men, all of whom she eventually rejects because she deems herself better than them. One of the suitors, Alceste, has called her out on her nonsense, and in a moment of realizing her power over him and her power as a woman, she belittles him, calls him jealous, and stands up for her behavior…even if she refuses to deny any of his accusations.

Zerbinette from The Schemings of Scapin

A monologue full of dramatic irony about a girl telling a story to her boyfriend’s father — the one person who mustn’t hear it. And she laughs the entire time. Zerbinette, in love with Léandre, runs into Géronte, Léandre’s father (whom she has never met before). She’s been with a band of gypsies and was recently rescued by her brother with money he obtained from Scapin…who swindled the money from Géronte. Géronte has plans to marry his son to someone other than Zerbinette, and as Zerbinette tells the tale of her rescue from the gypsies and her subsequent engagement to Léandre, Géronde becomes angrier and angrier. (Reportedly, amid the original play’s company was an actress with an infectious laugh, and Molière would write scenes such as this, knowing that the audience could not help but laugh along). In this instance, the performer faces a secondary challenge of laughing while yet maintaining the rhythm of the iambic pentameter.

Toinette from The Imaginary Invalid

A monologue about a woman who comically pretends to be an experienced male doctor. Argan is a hypochondriac (a person who always thinks they are sick). Angelique, Argan’s daughter, wants to marry the handsome Cléante, but Argan wants her to marry the boring doctor, Thomas Diaforious (so he can have free medical care). Toinette, the ingenious maid, sides with Angelique, and comes up with a plan to trick Argan into believing that all of the other doctors, including Thomas, are quacks. To convince him, she impersonates a doctor with the slightest of disguises, which she changes instantaneously backstage, returning as herself. Here (as the “doctor”), she boasts about her experience as a doctor and flatters Argan, telling him that he is a world marvel.

Magdelon from The Precious Young Maidens

A monologue about a girl who professes her love to a man she thinks is a courtier…when he is really the servant of a man she rejected. Magdelon and her cousin, Cathos, have come to Paris to find love and adventure. Gorgibus, Magdelon’s father, has set her and her cousin up with two men, LaGrange and Du Croisy, but both girls reject the men’s advances because they consider the men to be unrefined and boring. When another man, Mascarille, tries to woo Magdelon, she falls in love with him. Here, Magdelon gushes over Mascarille, who has offered to set Magdelon and Cathos up as hostesses in a salon for the appreciation of the arts, attended by popular artistic luminaries. In fact, Mascarille is a servant, sent by LaGrange to fool these women. Magdelon responds enthusiastically to his proposal.

Henriette from The Learned Ladies

A monologue about a girl who must flatter her sister so that the conversation doesn’t end up addressing the topic of an ex-boyfriend. Henriette and Armande are sisters. Henriette is dating Clitandre, Armande’s ex, but Armande doesn’t yet know it. Henriette, a girl who loves simple things and seeks a simple life of marriage, flatters her sister by telling her that she is of great intelligence and asks Armande to admit the worth of her own mind. Though Henriette may modestly eschew philosophy, between her and Armande, she is obviously the more clear-headed.

Lucinde from The Doctor in Spite of Himself

A monologue about a young girl who breaks her silence to tell her father that she’ll marry whoever she wants. Lucinde, Géronte’a daughter, has been told she must marry a rich man she doesn’t love and has mysteriously gone mute. Géronte hires Sganarelle, a man who disguises himself as a doctor, to treat Lucinde. After Sganarelle discovers that Lucinde is unhappy about her betrothal, Sganarelle helps sneak Léandre, Lucinde’s lover, into the house as an apothecary. When Lucinde is caught speaking to Léandre, she finally releases a torrent of words, saying, perhaps, what we wish every ingénue of Molière’s plays to say to her father.

Agnes from The School for Wives

A comedic monologue about a girl who tries to defend herself from her tyrannical father. Agnes sees a man, Horace, from her balcony, and being polite continuously bows to him as he bows to her. She invites him in, thinking that it is the polite thing to do, and Horace bestows affection on her. Agnes, having been kept ignorant of the scandalous intrigues or sensual desires of man by her guardian, Arnolphe, does not understand the reason why she is restricted from seeing a man in their home, especially when her actions were so innocent. When Arnolphe complains of her misdeed, she explains the innocence of her encounter with Horace, the man she saw, and the intended virtue of her action.

Timothy Mooney is the author/adaptor of Breakneck Hamlet and Shakespeare’s Histories; Ten Epic Plays at a Breakneck Pace! new one-man plays which “crack the code” on Shakespeare’s most challenging plays, making them accessible to audiences everywhere. Mooney’s acting textbook Acting at the Speed of Life is breathing life into stylistic performance at high schools and colleges, while his The Big Book of Moliere Monologues has given actors everywhere a new resource for comic classical auditions. Over fifteen years, Tim has performed his very first one-man play, Moliere than Thou, over 500 times, giving some hundred thousand students their first introduction to Moliere. He also presents one monologue from every Shakespeare play in his one-man show, Lot o’ Shakespeare, along with his collection of some of the most amazing speeches ever, in The Greatest Speech of All Time. Mooney is the former founder and editor of The Script Review and also the former Artistic Director of Chicago’s Stage Two Theatre, where he produced nearly fifty plays in five years, including many new versions of the plays of Moliere, featuring Mooney’s impish sense of rhyme. These seventeen iambic pentameter variations of the plays (most published by Playscripts, Inc.), have been produced over 150 times, around the world. These productions have gone on to high school competition finals around the U.S., while his Doctor in Spite of Himself, took third place in the Scottish Community Drama Association National Festival. Mr. Mooney continues to present six one-man shows across North America, and recently added a new rhymed version of The Servant of Two Masters to his catalogue!

Thumbnail: Photo by Eye for Ebony on Unsplash