10 of the Best Molière Monologues for Men

Molière was a master of comedy, and Performer Stuff playwright, Tim Mooney, is a Molière aficionado! Mooney has skillfully crafted Molière’s work into easy-to-understand, rhyming iambic pentameter, giving you the advantage in auditions that require classical pieces.

Below, we’ve collected 10 monologues for men that are perfect for thespian competition or college auditions. What’s more, all of these featured monologues are available on PerformerStuff.com. Links to each one are included with the description so you can easily find the perfect Molière monologue that’s right for you! 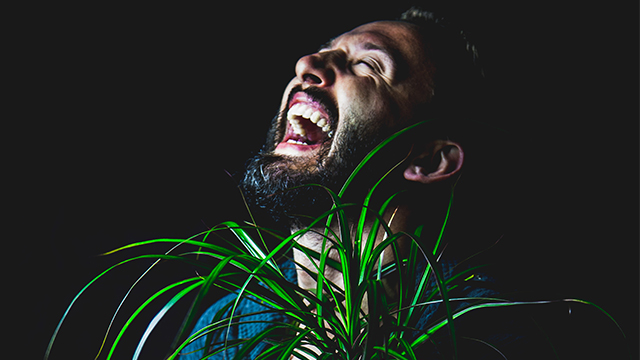 A monologue about a servant who befriends an aristocrat only to comically sabotage the aristocrat’s romantic opinion of a young woman. Sbrigani, a friend and (perhaps) a servant to Julia’s boyfriend, Eraste, is masterminding the plot against Porceaugnac, the man who Julia is actually betrothed to. Sbrigani pretends to befriend Porceaugnac following the man’s arrival in the city. Sbrigani manages to, under the guise of friendship, suggest that Julia is not as pure as the father might have made her out to be. In short, Sbrigani implies that the girl is either sex-mad, or a prostitute, and the girl’s father is taking advantage of the fact that Porceaugnac is from out of town to marry her off.

Sganarelle from The Doctor in Spite of Himself

A monologue about a man who must, in the face of a high-stakes romantic plot, admit that he is a fraud. Sganarelle, a gluttonous, alcoholic woodcutter, must admit that he is a doctor when two men, in search of a doctor to cure a girl’s mysterious illness, beat him until he admits he is a physician. Lucinde, the sick girl, is in love with Leandre. Sganarelle, now mixed up in the scheme, has entered a partnership with Leandre, who is now disguised as an apothecary to sneak his way into the household so he can be with Lucinde. He asks Sganarelle for help with “doctor’s dialogue” so he can successfully play out his disguise and trick Géronte, Lucinde’s father. Sganarelle tells Leandre he doesn’t need to muddy his character with doctor-talk and, ashamed, admits that he isn’t really a doctor.

Cléonte from The Bourgeois Gentleman

A monologue about a man who asks to marry another man’s daughter in spite of the young suitor’s humble origins. Monsieur Jourdain, a middle-class son of a cloth merchant, has dreams of being an aristocrat and wants his daughter, Lucille, to marry into a rich family. Young Cléonte, in love with Lucille, finally brings himself to ask Monsieur Jourdain for the hand of his daughter. While Cléonte has plenty of reason to claim an elevated rank in society, he feels, on principle, that he must not put himself forwards as anything he is not, so he tells the truth about his origins.

A monologue about a man who boasts (rather loudly and comically) about his success in life and all the advantages that his station has afforded him. Acaste is a pompous fop who finds himself in a competition for the affections of a young, beautiful woman, Célimène. He tells his friend Clitandre, also in love with Célimène, of his many successes, although neither man can successfully claim the affections of Célimène.

A monologue about a rural simpleton who tries to impress a girl with his feats of bravery. Pierrot is one of three “country bumpkins” in the play. Pierrot’s accent (here represented in a backwoods-American twang) reveals his humble station, and his underclass status is further implied by his dialogue having been written in prose. Pierrot is in love with Charlotte, a fellow peasant, and wants very much to impress her with news of his encounter with Don Juan and Sgnaraelle, two handsome aristocratic gentlemen who nearly drowned in a lake until Pierrot saved them.

A monologue about a brother who joyfully, albeit secretly, tells his sister that he has found love. However, he cannot share this news with their father, Harpagon. He is a tight-fisted old man who will do anything to hold onto his fortune — a miser. And if his children marry, it will mean sharing his fortune with his children’s spouses. Cléante wants to ask his father’s permission to marry, but fears his father’s wrath. Here, he admits everything to his sister in confidence and bemoans their fate as the children of Harpagon.

A monologue about a son who can’t take it anymore and jumps out from hiding to yell at a comically fraudulent impostor. Damis, Orgon’s hot-headed, impulsive son, has been hiding under the table while Tartuffe, a hypocritical religious zealot staying with Orgon’s family, attempts to seduce Damis’s mother, Elmire. Tartuffe has been promised marriage to Damis’s sister, Mariane, and in order to prove him a fraud, Damis and Elmire make a plan to get Tartuffe to seduce Elmire (showing that he is not as pure-hearted as he makes himself out to be). Unable to contain his rage and frustration, Damis jumps out from his hiding place during Tartuffe’s seduction of Elmire and ruins the plan, but at this point, he doesn’t really care.

Clitandre from The Learned Ladies

A monologue about a man who attempts to remind his previous lover (ex-girlfriend) why they broke up. Henriette and Clitandre are in love, but Henriette’s sister, Armande, was once wooed by Clitandre. Armande, not believing that Clitandre loves her sister, thinks Clitandre is still in love with her. Clitandre has overheard the conversation between the two sisters, and he remembers precisely the nature of the conflict that ended his romance with Armande. He sees deftly through the jealousy that leads Armande to undermine his courtship of Henriette, and makes an effective case for the rights of the lover, looking for a love that is both spiritual and physical. He defends his love for Henriette, and asks Armande point blank if she is trying to sabotage his relationship with Henriette.

A monologue about comic servant who is tired of traveling with his master who refuses to take a break so they can rest. Gros-René is the comic servant of Lelie; both are exhausted from a long ride across the country. Gros-René complains about the fact that he’s got blisters in places he couldn’t tell his sister and a hunger that consumes him. He tries to convince Lelie to stop, eat, and drink, implying that about twenty cups of wine should do the trick. While the character may be played by any-sized actor, it may be worth noting that “gros” is French for “fat.”

Lysidas from The Critique of the School for Wives

A monologue about a man who hates a play so much that he speaks out against it (even though his arguments aren’t very well founded). Lysidas, a poet, may be the most informed of the critics who line up to insult Molière’s School for Wives. He is a true know-it-all, but his criticism in this monologue sounds vague and presumptive, lacking concrete facts and proof. This is perhaps driven out of jealousy for Molière’s talent. (Rival playwrights envied the sudden success of Molière’s The School For Wives. They attacked Molière for seemingly frivolous and superficial reasons, such as his failure to live up to Aristotle’s three unities, or the way he told the story through long speeches, rather than interactive scenes. Molière created The Critique of The School For Wives as his answer to several of the attacks, actually bringing their arguments onto the stage.)

Timothy Mooney is the author/adaptor of Breakneck Hamlet and Shakespeare’s Histories; Ten Epic Plays at a Breakneck Pace! new one-man plays which “crack the code” on Shakespeare’s most challenging plays, making them accessible to audiences everywhere. Mooney’s acting textbook Acting at the Speed of Life is breathing life into stylistic performance at high schools and colleges, while his The Big Book of Moliere Monologues has given actors everywhere a new resource for comic classical auditions. Over fifteen years, Tim has performed his very first one-man play, Moliere than Thou, over 500 times, giving some hundred thousand students their first introduction to Moliere. He also presents one monologue from every Shakespeare play in his one-man show, Lot o’ Shakespeare, along with his collection of some of the most amazing speeches ever, in The Greatest Speech of All Time. Mooney is the former founder and editor of The Script Review and also the former Artistic Director of Chicago’s Stage Two Theatre, where he produced nearly fifty plays in five years, including many new versions of the plays of Moliere, featuring Mooney’s impish sense of rhyme. These seventeen iambic pentameter variations of the plays (most published by Playscripts, Inc.), have been produced over 150 times, around the world. These productions have gone on to high school competition finals around the U.S., while his Doctor in Spite of Himself, took third place in the Scottish Community Drama Association National Festival. Mr. Mooney continues to present six one-man shows across North America, and recently added a new rhymed version of The Servant of Two Masters to his catalogue!