470
SHARES
ShareTweetSubscribe
Want More Good Stuff like this?
Sign up to receive emails with new articles when they're published!
×

10 of the Best Shakespearean Monologues for Men

Ever have trouble finding a great Shakespearean monologue that suits you for an audition? There are tons of amazing ones to choose from. Because it’s hard to choose “the best,” we’ve compiled a list of ten monologues, five comedic and five dramatic, that are sure to fit your style. What’s even better, we’ve included links to where you can find them for free on our site. Happy monologuing! 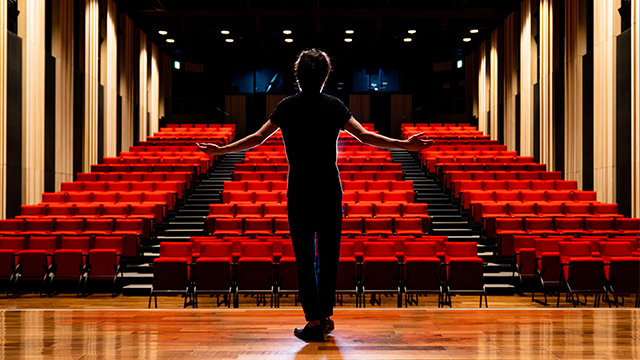 Demetrius from A Midsummer Night’s Dream

In the middle of a wood at sunrise, Demetrius professes his love for Helena after he had previously loved Hermia. Theseus and his hunting party (including Helena’s father, Egeus) have encountered the lovers in the forest after a night of confusion fueled by Oberon and Puck. Theseus and Egeus demand to know why the young people are so far away from the city at such an early hour. Demetrius explains his intention for following Helena, Lysander, and Hermia into the forest, and he admits that his love for Hermia has vanished. His love for Helena has returned, and he will honor this love for the rest of their lives.

Proteus from The Two Gentlemen of Verona

Before Proteus leaves Verona to attend college in Milan, he exchanges rings with his love, Julia, promising to remember and love her while he’s away at university. When he meets Silvia, the beautiful daughter of the Duke of Milan, he forgets Julia, and selfishly begins to pursue a relationship with Silvia. In this monologue, he has just been introduced to Silvia by Valentine, his best friend. Valentine intends to woo and marry Silvia, but after Proteus meets her, he devises a plot to steal her from Valentine. Proteus is stricken with a crazed passion, and he compares his feelings to different temperatures: a cold ice for his best friend and a fiery lust for Silvia.

Petruchio from The Taming of the Shrew

Petruchio wishes to marry Katherina (“Kate”) against her will and at the request of her father, Baptista Minola. (Kate’s younger sister Bianca cannot marry until Kate has married first, and Bianca, being the favorite of her family, gets what she wants.) Petruchio is a jokester and treats Kate with disrespect. He teases her, berates her headstrong personality, and makes sarcastic jibes about her appearance all in an effort to get her to lighten up a little bit. But Kate. Hates. Petruchio. In this monologue, Petruchio has come to woo Kate, and after a battle of wits with her, sarcastically tells her how much he “likes” her, using dry humor to confuse her opinion of him.

Dogberry from Much Ado About Nothing

Constable Dogberry and his partner, Virges, have arrested Borachio and Conrad for being the cause of a ruined wedding. Dogberry, a passionate, bumbling, and misspoken man, is a good police officer, but his way of doing things doesn’t quite line up with procedure. He’s also not that great with vocabulary. In this monologue, Dogberry rolls up his sleeves, extremely upset and offended, after Borachio has called him an “ass” for apprehending him. (Keep in mind that Dogberry is sensitive and proud of his job, and that’s why he’s so upset to be called an “ass.” His overreaching anger makes this monologue all the more hysterical.)

Antipholus (of Syracuse) from The Comedy of Errors

Unbeknownst to them, two brothers are separated at birth, one sent to Syracuse and one to Ephesus. By chance, they are both named “Antipholus”, as are both their servants named “Dromio”. When Antipholus of Syracuse finds his way to the home of his long-lost brother, he meets Luciana, his brother’s sister-in-law. He showers affection on her, enraptured by her beauty. Luciana rejects him, thinking that Antipholus of Syracuse is her sister’s husband, Antipholus of Ephesus, and she accuses him of cheating on his wife. This monologue is a hysterical profession of love and adoration in the face of stern rejection.

Edmund, the Bastard from King Lear

Britain; the Earl of Glouscester’s castle. Edmund, the bastard son of Gloucester, enters with a letter. He is jealous of his brother, Edgar, who has full rights as the legitimate heir to Gloucester’s land and fortune. In his rage and jealousy, Edmund writes a letter (addressed to his father from Edgar) that says Edgar will give half his inheritance to Edmund upon their father’s death. This deceit excites Edmund; he is tired of being considered base and unworthy of inheritance. He is scheming and delivers this monologue to the audience, revealing the jealousy and sorrow that he bears from being treated as second-rate.

Laertes meets with his sister, Ophelia, and advises her on how to deal with the Lord Hamlet, who has been acting erratically and rudely since the death/murder of King Hamlet. Ophelia is set to marry Hamlet, but she and her family have her doubts about his sanity. Laertes advises that she use her discretion when judging if Hamlet actually loves her or not, as the decisions Hamlet makes are determined by his status as the Prince of Denmark. (Hamlet may say he wants to marry her for the good of politics, not because he actually loves her.)

Benvolio from Romeo and Juliet

The Capulets and Montagues have warred for years, and Romeo Montague and Juliet Capulet are in love. Tybalt (Juliet’s cousin) meets Mercutio, Romeo, and Benvolio (Romeo’s cousin) in the street after a night of reveling, and during an impromptu duel, Tybalt murders Mercutio. This causes Romeo to duel Tybalt in revenge and kill him. In this monologue, Benvolio speaks to Prince Escalus, who has been called to the scene. Benvolio has just witnessed the murder of Mercutio and Tybalt, and the flight of Romeo. He is distraught and perhaps even alone since his friends are either dead or have run away. However, he stands up for Romeo’s honor, saying that Romeo did not want to duel initially, but was driven to it by the sorrow felt after Mercutio’s murder. He swears on penalty of death that the events occurred the way he describes them.

Claudio from Measure for Measure

The Duke of Vienna, Vincentio, leaves the city in the hands of Antonio, a self-righteous and lustful man. Antonio creates a law in Vincentio’s absence that makes it illegal for fornication outside the bonds of marriage. Young Claudio has gotten Julietta pregnant, and they have attempted to address a pregnancy out of wedlock with marriage. They married in the church, but because of technicalities, their marriage is not lawful. Claudio is arrested and taken to jail to be executed. Isabella, Claudio’s sister who is in progress of taking her vows to become a nun, visits Antonio and begs for her brother’s life. Antonio says he will spare Claudio if Isabella marries him. Isabella refuses, and visits her brother to tell him the decision she’s made. In this monologue, he sits and ponders death while Isabella stands close by. In the end, he begs her to reconsider.

King Henry IV has recently defeated King Richard II and taken his throne. Henry is at odds with Harry Percy, a former ally, and Richard’s heir, Edmund Mortimer. Henry’s also fed up with his son, Prince Hal, who is rash and irresponsible, drinking and partying with Sir John Falstaff. (The King’s got a lot on his plate.) Just prior to this monologue, Hal has been berated by his father for being a stain on the family honor. Hal is hurt, and in an effort to regain his father’s trust and love, he vows to do his duty. In this monologue, Hal promises his father that he will slay Harry Percy on the battlefield (which he actually does later in the play). He is penitent and bold, pleading for forgiveness from his father.