360
SHARES
ShareTweetSubscribe
Want More Good Stuff like this?
Sign up to receive emails with new articles when they're published!
×

10 of the Best Shakespearean Monologues for Women

Ever have trouble finding a great Shakespearean monologue that suits you for an audition? There are tons of amazing ones to choose from. Because it’s hard to choose “the best,” we’ve compiled a list of ten monologues, five comedic and five dramatic, that are sure to fit your style. What’s even better, we’ve included links to where you can find them for free on our site. Happy monologuing! 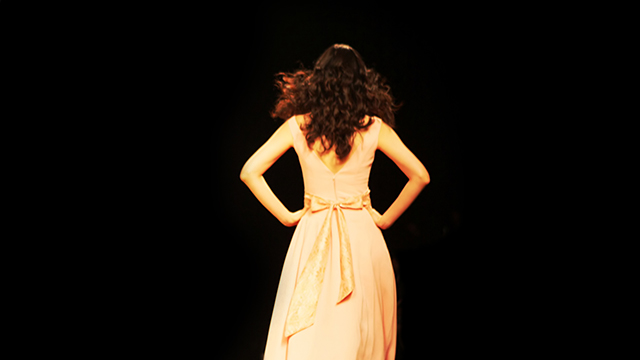 Helena from A Midsummer Night’s Dream

A monologue featuring awkward and funny confusion, accusations, and despair. The mischievous Puck has dropped the juice from a magic flower into the eyes of Demetrius and Lysander, causing both to instantly fall in love with Helena. Lysander should love Hermia, Helena’s best friend, but now he chases after Helena. Thinking it is a cruel trick on the part of all three of the other lovers, Helena begs Hermia to consider their friendship and drop the trick in order to save their relationship.

Mistress Page from The Merry Wives of Windsor

A hilarious monologue about unexpected love letters from an unexpected admirer. Mistress Page, a married woman, has just received a love letter from one of the most bawdy, unruly, and rude men in London: Sir John Falstaff, a man she has not seen more than twice in her entire life. At first she is flattered and then disgusted, charmed and then revolted. Mistress Page reads through the letter aloud, and is aghast and slightly embarrassed with his promises of love and affection. Her disbelief turns to scheming and hysterical promises of revenge.

Silvia from The Two Gentlemen of Verona

In this silly monologue about friendship, devotion, and running away, Silvia begs her friend, Eglamour, to help her escape so she can see her boyfriend, Valentine. Silvia has recently promised herself to Valentine even though her father wants her to marry the vain Thurio. Her father is so intent on her not escaping that he locks her in her room at night, but this doesn’t stop her from plotting her escape. A monologue about a smart young woman who’ll stop at nothing (especially charming her friend) to be with her true love.

Phebe is constantly being followed around by her neighbor, Silvius. In the middle of the forest, surrounded by their flock of sheep, Phebe yells at Silvius for bothering her all the time. He praises the qualities about her that, by looking at her, are unworthy of admiration. (She is not the prettiest girl in the forest, and she knows this, but Silvius doesn’t care.) Phebe attempts all kinds of actions to get Silvius to go away: staring him down, insulting him, and pushing him over. She finally gives up, and resigns herself to the fact that her fanclub of one is a permanent fixture in her life.

The Princess of France isn’t as sweet and silly as Shakespeare’s other female heroines. She’s been sent on a diplomatic mission to Navarre. (The King of Navarre refuses to allow women into his kingdom in order to encourage his sons to study.) In this partially sarcastic, partially scheming monologue, the confident and intelligent Princess of France speaks to her gossipy servant, Boyet. He’s just told her she’s incomparably beautiful, perfect, and precious. The Princess, knowing her beauty is at best average, tells him to stop lying to her and that she’s not as impressed with him as he is with himself. She urges him to, frankly, get real, and travel to Navarre to send a message to the king from her.

A monologue of rage, fear, and mourning. Richard of Gloucester has had the standing king, Henry VI, slain in an attempt to take his throne. Lady Anne’s husband Ned (Henry’s son and heir to the throne) and her father (the Earl of Warwick) have also been killed prior to the start of the play (both murdered by Richard of Gloucester). Anne, now a widow and an orphan (around 15 at the time), walks through the street with the late King Henry VI’s body on a bier. She stops the mourning party when she sees Richard in the middle of the street. Her soldiers are obviously disturbed by his presence, and Anne, being fed up with the entire situation, reprimands them and then apologizes, turning her rage on Richard, calling him a “lump of foul deformity.”

Desdemona, a pure and faithful woman, is married to Othello, an accomplished and honorable black general in the Venetian army. Iago, Othello’s trusted ensign, is jealous that Othello has promoted young Cassio, not Iago, into a higher office, and he vows to undo Othello. He does this by convincing Othello that Desdemona has cheated on him with Cassio. Desdemona, unaware of Iago’s deceit, asks Iago how she should convince Othello that she is faithful. She begs him to speak with her husband, distraught that her marriage is faltering.

Isabella from Measure for Measure

In this monologue, Isabella, a novice nun and sister to Claudio, begs for her brother’s release from prison. She speaks to Vincentio, the recently returned Duke of Vienna. Antonio, the Duke’s deputy, ruled the city while the Duke was away. (In his absence, Antonio has arrested Claudio for impregnating Julietta, Claudio’s girlfriend, before marriage. Antonio has told Isabella that he will prolong Claudio’s execution if she will sleep with him, and Isabella rejects him.) Here, Isabella asks the Duke for forgiveness for her brother, and tells the Duke how wrongfully she and Claudio have been treated.

Goneril is fed up with her father, King Lear. Lear, a vain and foolish man, has just divided his kingdom between two of his daughters (Goneril and Regan) and left his youngest (Cordelia) out of his will. In the scene previous to this, Goneril’s servant reprimanded Lear’s fool, and Lear hit him for interfering. Goneril is embarrassed, and has had enough of her father acting so rashly and selfishly. In a sudden move to infuriate her father and send him over the edge, Regan tells her steward, Oswald, to make as much trouble as he can in the castle. She hopes that Lear will be so annoyed that he’ll go and live with Regan instead.

Paulina from The Winter’s Tale

Paulina accuses King Leontes of murdering Queen Hermione. The queen has been unjustly accused of adultery, and Leontes publicly shames her. However, an oracle proves her chaste and true, but Leontes doesn’t believe the oracle. Their son Mamillius has also died of grief. Here Paulina, Hermione’s friend and confident, accuses Leontes of tyranny against his friends, wife, and children. The monologue is a lament and captures the rage within her heart as she faces a man who, though more powerful than her, is undeniably guilty of his wife’s deterioration and death.